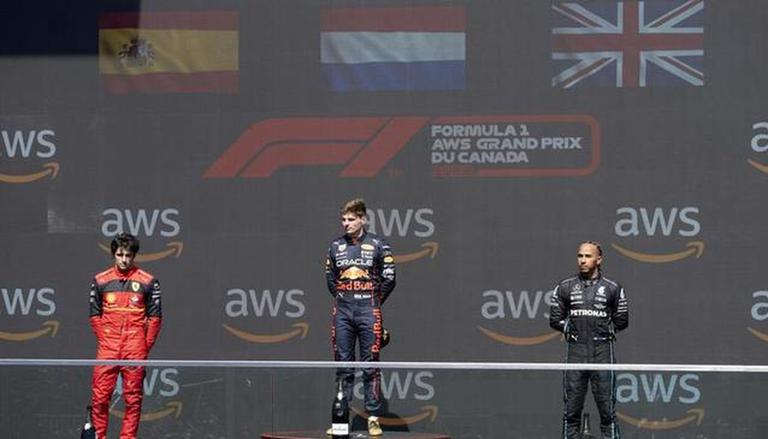 
The ninth round of the F1 2022 season came to a closure on Sunday with Red Bull’s reigning world champion Max Verstappen picking up the sixth victory for him in the season. Starting from pole position, Verstappen led the race from the very first corner and extended his lead in the 2022 Drivers' Championship table. The Dutch driver was followed by Carlos Sainz in the second position, while Lewis Hamilton finished at P3, his second of the season.

Sainz started off at P3 and surpassed Alpine Fernando Alonso to jump to P2 in the early moments of the race. On the other hand, Hamilton started the race at P4 and displayed brilliant race craft to earn 15 valuable points. The seven-time world champion was followed by his Mercedes teammate George Russell finished P4, as Ferrari’s championship contender Charles Leclerc managed a P5 finish after starting from P19.

Having said that, Verstappen took a giant leap in the Drivers' Championship table as he now leads with a 46-point advantage over second-placed Sergio Perez. Verstappen has earned 304 points so far, while Perez has 228 to his credit while a poor weekend for the Mexican ended with no points, Leclerc earned 10 points to reach a total of 126 points. Russell now sits fourth in the standings with 111 points, while Sainz follows at P5 with 102 points.

Meanwhile, Alpine’s Esteban Ocon finished the Canadian GP at P6, followed by the Alfa Romeo pair of Valtteri Bottas and Guanyu Zhou. Meanwhile, the two-time world champion dropped down to P9, owing to his strategy, as Aston Martin’s Lance Stroll picked up his first points at P10. With Stroll managing to pick up the last points, Daniel Ricciardo, followed by Sebastian Vettel and Alex Albon finished just behind the points.

Pierre Gasly, Lando Norris, Nicholas Latifi, and Kevin Magnussen were the last of the drivers to finish the race at the Circuit Gilles Villeneuve. At the same time, Yuki Tsunoda, Mick Schumacher, and Sergio Perez suffered DNFs and could not finish the race. It is evident that Red Bull lost some points in the Constructors championship standings because of Perez’s DNF, while Mercedes and Ferrari took the maximum points.

READ | Why is Charles Leclerc starting Canadian GP at back of grid? F1 rules explained

What does the Constructors Championship table look like after Canadian GP?

However, Red Bull still leads the standings with 304 points, courtesy of 12 podiums this season, including seven race wins. Ferrari sits second in the constructors' table with 228 points, while Mercedes look strong at third with 188 points. McLaren and Alpine sit 4th and 5th in the table with 65 and 57 points respectively.