Formula One: Alex Albon Confirmed As Williams Driver Alongside Latifi For 2022 Season

Former Red Bull driver Alex Albon has been released by Red Bull and will partner Nicholas Latifi in the Williams seat for the 2022 Formula One season. 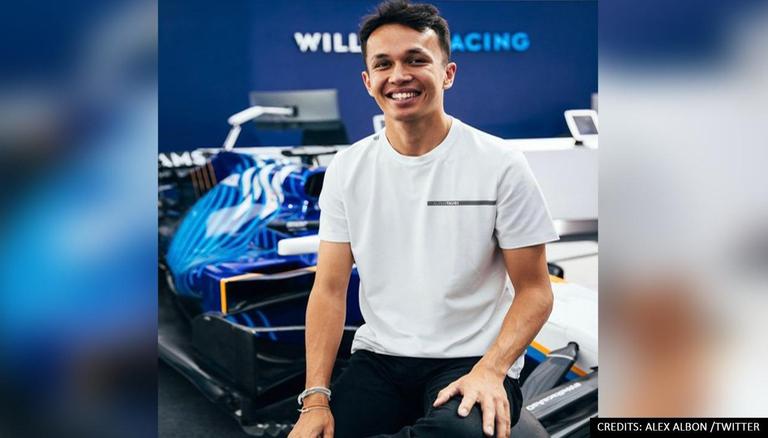 
Thai Driver Alex Albon is all set to return to the Formula One grid for the 2022 season as a Williams Racing driver. The news was announced by the Williams Racing team on Wednesday ahead of the 2021 Italian Grand Prix. He was replaced as a Red bull driver by Sergio Perez for the 2021 season and took on the responsibilities of the reserve and test driver for Red Bull. However, he has been pushing for a return to the grid for the past few months and joined Williams amid all the transfer news from the Formula One teams. As per Formula One's official website, Williams Team Principal Joss Capito was pleased to get Albon’s services in the team.

With the current Williams driver George Russell promoted to the Mercedes team, starting from the next season, the seat vacated by Russell was highly speculated to be filled by two-times podium finisher Albon. Meanwhile, Albon will partner Nicholas Latifi who scored the first points for Williams recently during the Hungarian GP. While talking about Albon, Williams boss Capito said, “It is fantastic to be able to confirm our driver line-up for 2022 and I am delighted to be welcoming Alex to the team, along with confirming our continued relationship with Nicholas into next year. We are extremely excited by our new line-up, with both drivers bringing a great blend of youth and experience that will not only be a great fit for the team but also help the team take the next step in our journey”.

READ | Formula One: Red Bull confirms Sergio Perez to remain with the team for 2022 season

Albon made his Formula One debut in 2019 with Red Bull's sister team Toro Rosso, now known as Alpha Tauri.

I can’t tell you how good it feels to say.. I’m joining @WilliamsRacing for 2022!! The most sincere thank you to Jost and everyone at Williams for trusting me with this opportunity and of course @redbullracing especially Christian and Dr. Marko for making this possible. pic.twitter.com/c0NhSQLd0L

Albon has made 38 starts till now since joining Toro Rosso in 2019 and Red Bull in 2020. However, he decided to join Williams for 2022, a team that is backed by the arch-rivals of Red Bull, Mercedes. He made this decision after it became clear that a seat at the sister team Alpha Tauri is not possible. After his inclusion into Williams, while speaking to Formula1.com, Albon said, “I am really excited and looking forward to returning to a Formula 1 race seat in 2022. When you take a year out of F1 it’s never certain you will make a return so I’m extremely thankful to Red Bull and Williams for believing in me and helping me on my journey back to the grid. It’s also been great to see all the progress Williams have been making as a team this year and I look forward to helping them continue that journey in 2022. My focus now returns to my Test & Reserve Driver role at Red Bull and helping the team fight for this year’s world championship”.