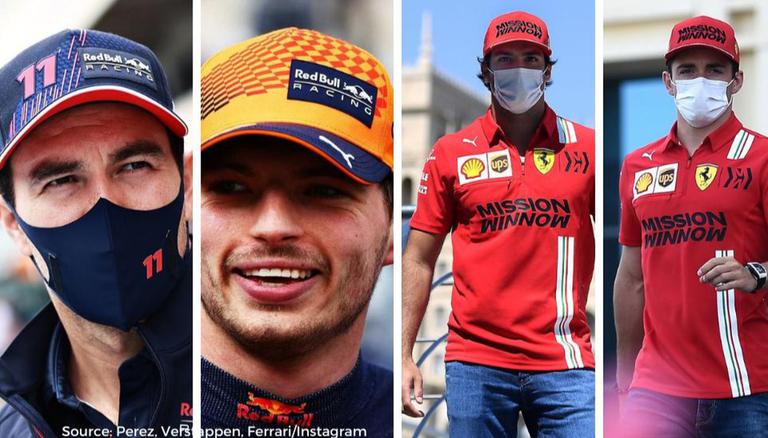 Red Bull picked up where they left off two weeks ago in Monaco as their drivers led both the first two free practice sessions of the Azerbaijan Grand Prix. Monaco Grand Prix winner Max Verstappen topped FP1 while his teammate Sergio Perez topped the FP2 timings. Ferraris were very much in the mix in both practice sessions as Charles Leclerc recorded the second-fastest time in FP1 followed by his teammate Carlos Sainz. Meanwhile, in FP2, Sainz was third fastest with Leclerc in fourth.

While a similar leaderboard was seen in both Azerbaijan GP practice sessions, the second session had far more incidents. Valtteri Bottas had a session to forget as he not only recorded a slow time but also had smoke coming out of his Mercedes midway into the session. Charles Leclerc, on the other hand, crashed into the barrier. Meanwhile, Nicholas Latifi's Williams suffered an engine failure, thereby causing the session to be red-flagged.

He managed to recover from the incident and finished FP2 in P4 💪#AzerbaijanGP 🇦🇿 #F1 pic.twitter.com/5XQZSKvTUV

How to watch Azerbaijan Grand Prix qualifying in India?

For fans wondering how to watch Azerbaijan qualifying in India can tune into Star Sports Select 2 SD/HD, the official Azerbaijan Grand Prix live broadcast in India channel. Fans can also watch the Azerbaijan GP live stream on the Disney+ Hotstar VIP app. Live updates of all the sessions can be found on the social media of F1 and the respected teams.