Mercedes Boss Toto Wolf backs Valtteri Bottas, after the Finn's involvement in the massive crash at Turn 1 at race start in Hungarian GP 2021 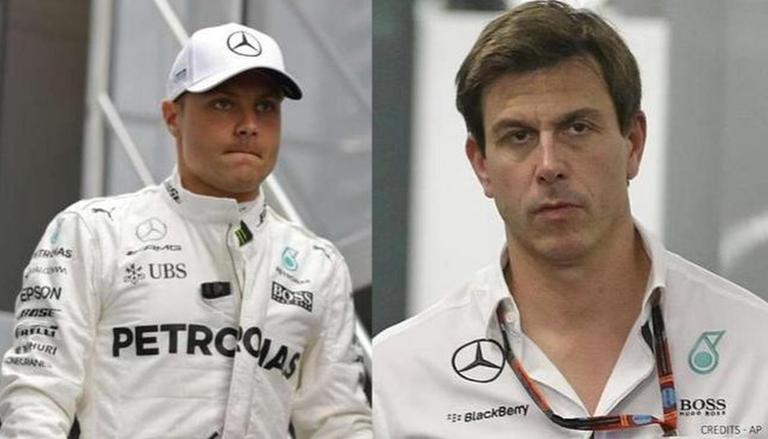 
Mercedes Team Principal Toto Wolff expressed his thoughts on the future of Valtteri Bottas in Mercedes. Valteri’s current contract will expire at the end of the 2021 season with William’s George Russell, a Mercedes junior also eyeing a seat at the Silver Arrows. Russell is being highly expected of earning a full-time Mercedes seat after his phenomenal debut at the Shakir Grand Prix 2020. The Mercedes junior suffered a slow puncture late in the race, forced him into a pit-stop which ruined his chances of his first ever F1 Podium and finished the race at P9. However, Toto Wolff was adamant on his point that the Finn’s awful weekend won't have any impact on the team’s decision on the 2022 driver line-up.

In the Hungarian GP, Valtteri Bottas lost control of his brakes coming into Turn 1 and hit McLaren’s Lando Norris at the back of his car. What started with Bottas losing control of his brakes, turned into a chain reaction resulting in a massive crash which included almost seven cars from five different teams. Bottas’s teammate and 7 times World Champion Lewis Hamilton narrowly escaped the crash, taking the lead of the race. Hungarian GP winner Esteban Ocon of Alpine followed by Aston Martin’s Sebastian Vettel also saw this as an opportunity and passed the top field with ease. Esteban Ocon won his first ever race in Formula One with his team-mate Fernando Alonso showing sheer defence against Hamilton. Formula One Veteran Alonso managed to keep him behind for 10 laps straight before passing him in lap 57. World Champion Lewis Hamilton finished the race at P3 before getting promoted to P2 after Sebastian Vettel's disqualification.

Crash was unfortunate and resulted in bigger consequences for Valtteri, says Bottas.

Totto Wolff on his conversion with Formula One’s official page, said, “Valtteri’s mistake was unfortunate with big consequences. He got sandwiched by the two cars in front, lost all downforce and then it was already too late, and it didn't influence the decision at all.” With Lewis Hamilton’s contract secured for the next two years, Toto expressed how one race won’t influence anything. Mercedes, however, have a 12 points lead over Red Bull in the 2021 Drivers Championship after the race concluded. Redbull, on other hand, managed to score only one point with Max Verstappen at P10.