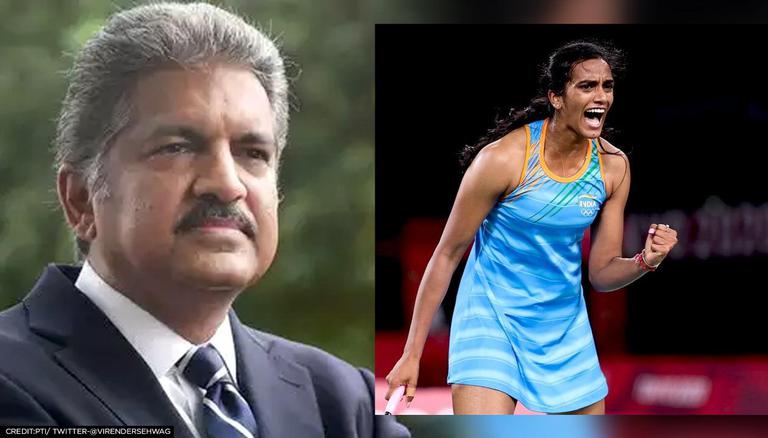 
Indian Business Tycoon Anand Mahindra, the chairman of Mahindra Group, is the latest to react to PV Sindhu's outstanding bronze medal victory at the Tokyo Olympics. The ace shuttler beat China's He Bing Jiao 21-13 and 21-15 to become the first Indian woman to win two back to back Olympics medals. Sindhu earlier won a medal at the 2016 Rio Olympics when she grabbed silver.

Even though PV Sindhu failed to win the elusive gold medal at the Tokyo Olympics, Anand Mahindra was quick to congratulate her on her commitment and mental strength. Mahindra said that Sindhu would have won the gold medal had there been an "Olympics for mental strength". His complete tweet can be seen below.

If there were an Olympics for mental strength, she would be on the top of the podium. Think about how much more resilience & commitment it requires to rise above a demoralising defeat & give it your all… You’re still our Golden Girl @Pvsindhu1 https://t.co/ji9jxAjdeM

While speaking to Republic TV, PV Ramana expressed his desire for more youngsters to be motivated by PV Sindhu's heroics at the Tokyo Olympics. Ramana said, "I wish Badminton players will get motivated watching her and win medals for the country. Earlier, Sindhu's father revealed in a press conference that his daughter will come back to India on August 3 and that he would go to receive her at the Delhi Airport.

"I told her that I'll come to Delhi, I think she is coming to Delhi on August 3. Olympics is not a small event where you get a medal, a medal is a medal. I am happy with the way she has worked. I am confident she will play next Olympics also. We have to get as many medals to the country. Sindhu is focused and she has that hunger. She enjoys the game. Sindhu is 26, with age you get more experience. I have seen that in the entire Tokyo Olympics," said Ramana.