With 12 medals in all, India is the most successful team in Field Hockey at the Olympics. India won 6 gold medals in a row from 1928 to 1956. 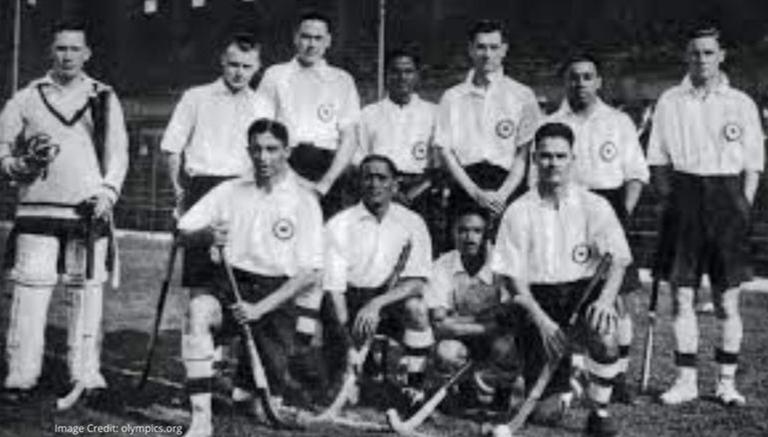 
With 12 medals in all, including 8 gold medals, India is the most successful team in Field Hockey at the Olympics. India won 6 gold medals in a row from 1928 to 1956, which is still a record. The Indian Men's Hockey Team won the Gold Medal in the 1932 Los Angeles Olympics on this day. Indian hockey's golden age came to an end with a gold medal at the 1980 Moscow Olympics. India has not been in the top 5 since the 1984 Los Angeles Olympics, and its performance has declined. However, India has reclaimed its status in hockey after earning a bronze medal at the 2020 Tokyo Olympics.

On this Day, the Indian Men's Hockey Team won the Gold Medal at the Los Angeles Olympics 1932! 🥇

Who can guess the world record scoreline from that day? #IndiaKaGame pic.twitter.com/rzG7gRqKnb

India took a sea voyage of 42 days to reach Los Angeles for Olympics in 1932. There were only 3 teams competing, and India had set a new record by scoring 35 goals against both the United States and Japan. In its first encounter, India defeated Japan 11-1, but the team's most memorable moment occurred when it defeated the host USA 24-1. India won both matches against the United States and Japan, making it the Olympic champion for the second time in a row.

The Indian hockey squad for the 1932 Olympics was the first group of Indian players to visit the United States. India regained the Olympic gold medal it had won in Amsterdam in 1928.

The 1932 Olympic hockey games set a couple of records that have stood the test of time. The 24-1 victory of India over the United States in an international hockey match took place on August 11, 1932. Roop Singh holds the record for the most goals scored in a single hockey game, with ten in a 24-1 defeat of the United States.

Foreign commentators lauded the champs' sorcery as lyrical and melodious. A  woman correspondent's article in a Los Angeles daily remarked, "All the colour, glamour and pageantry of Rudyard Kipling's India might well have found its incarnation in the personnel of the Indian team which is to represent the land of Mahatma Gandhi. So agile are the members of the team that they can run the full length of the hockey field, juggling a small wooden ball with the flat of a hockey stick."

The two brothers left-in Roop Singh and centre-forward Dhyan Chand scored 25 of India's 35 goals in the 1932 Olympics. The hockey brothers went on to represent India at the 1936 Olympics when they won another gold medal for the country.