Indian Olympic Team To Be Fully Vaccinated Ahead Of Tokyo Olympics

The Indian Olympic team will go to Tokyo fully vaccinated despite the International Olympic Committee's stance that jabs were not compulsory for the event. 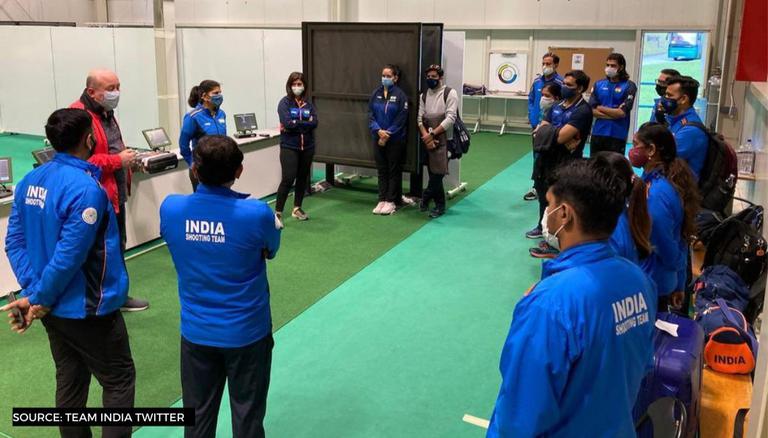 
Having jumped through numerous hoops - including an upsurge in COVID-19 cases and public sentiment going strongly against it, the troubled Tokyo Olympics 2020 are set to get underway this year. With only a few months left to go, the organisers of the Olympics remain uncertain about what - if any - quarantine measures will be put forth on the hordes of athletes and sportspersons who are preparing to descend on Tokyo in June. With the country suffering its own new outbreak, this furthers the concern that unchecked visitors could spread new, more contagious, variants of the virus in Japan.

'Ek India Team India' - Celebrating 100 years of our athletes at the Olympic Games. We are delighted to present the new identity of the Indian Olympic Association and #TeamIndia🇮🇳

It signals our arrival on the world stage and we're ready.#EkIndiaTeamIndia pic.twitter.com/O1ClImzRgW

While the Japanese government may not have any particular rules regarding covid-19 vaccination cards for incoming teams, the Indian Olympic team will go to Tokyo fully vaccinated. Narinder Batra, the President of the Indian Olympic Association has said that "We had requested that all the national sports federations get their athletes vaccinated even though the IOC (International Olympic Committee) says it is not mandatory". Batra has said that half of the nearly 200 athletes representing India have received one dose of the vaccine and that "by the first week of July the entire contingent -- athletes plus officials -- should be double vaccinated".

The Indian Olympic team will be fairly strong, with the country's medal hopes pinned on shuttler PV Sindhu, wrestler Bajrang Punia, shooters Apurvi Chandela and Anjum Moudgil among others. Atanu Das - Men’s individual - and Deepika Kumari –Women’s individual will lead the Archey contingent while rising star Neeraj Chopra is expected to do well in the javelin throw. Amit Panghal and Mary Kom will make up the head of the 9-person boxing group. Pranati Nayak - just the second Indian woman to qualify for the gymnastics events, will look to improve on Dipa Karmakar's result from 2016.

If everything goes to plan for the Tokyo Olympics 2020 organising committee, the initial rounds of the historic tournament should begin, officially, on July 23. According to the current Olympics schedule, the first events to kick-off will be the football and softball/ baseball competitions which will actually take place much earlier, on July 21. The games will close out on August 8, with Athletics, Boxing and Basketball among the final events.