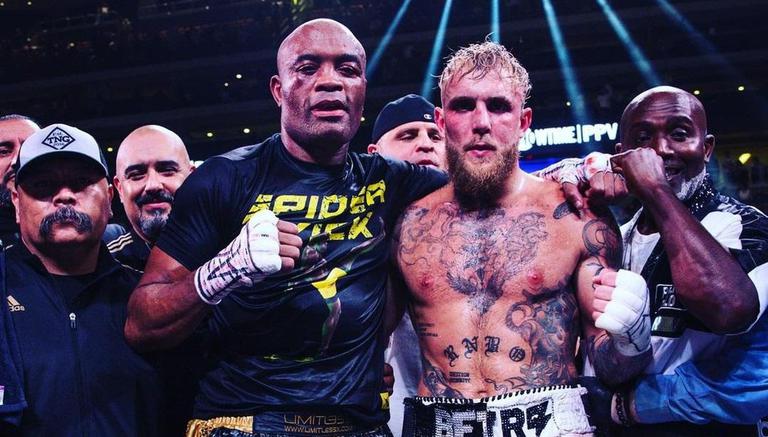 
Youtuber turned professional boxer Jake Paul earned an unanimous decision win over former UFC middleweight champion Anderson Silva at the Paul vs Silva pay-per-view (PPV) on Saturday night. With the victory, Paul bettered his undefeated professional boxing record to 6-0, which also includes four knock-outs. The 25-year-old returned with scores of 77-74, 78-73, 78-73 after eight rounds of intense fight against Silva at the Desert Diamond Arena in Glendale.

As per CBS, after defeating his childhood idol, Paul addressed the audience to acknowledge the surreal moment. “I want to say thank you to Anderson. He was my idol growing up and he inspired me to be great. Without him, we wouldn't have a fight this year. He's a tough mofo, like for real. I have a lot of respect for him,” Paul said.

What did Anderson Silva have to say after the fight?

Silva looked strong throughout the bout and Paul used his size and youth to overcome the massive challenge. "I worked hard to do a special show for everybody here. I say thank you for everyone to come. Sometimes you win, sometimes you lose but I continue training hard because I was born for this,” said Silva. The 47-year-old is now 3-2 in his professional boxing career after ending his MMA career with a 34-11 record.

It is pertinent to mention that Paul has been long criticized for not fighting a real boxer. The matchup was confirmed after his scheduled bouts against Tommy Fury and Hasim Rahman Jr. fell apart. Silva accepted the fight, despite Jake Paul's critics claiming he wouldn’t and due to the upset he suffered against former middleweight titleholder Julio Caesar Chavez Jr. in 2021.

While the Jake Paul vs Anderson Silva 185-pound catchweight bout headlined the main event at Paul vs Silva PPV, 18-year-old Ashton Sylve fought against Braulio Rodriguez in the undercard. Sylve took just 61 seconds to knock Rodriguez out and claim the win. He is one of the first fighters to sign with Jake Paul's Most Valuable Promotions after turning pro at 16 years of age.