Jake Paul said that the bout with Kamaru Usman “will happen” in the near future, but is not at all interested in trading blows with Khabib Nurmagomedov. 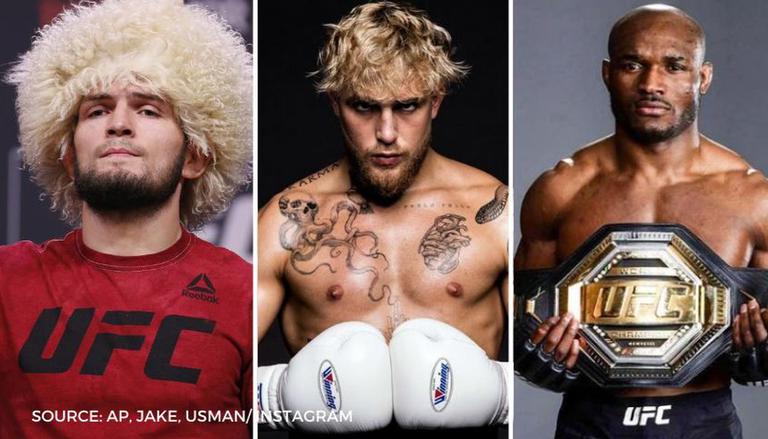 
YouTuber Jake Paul is more than willing to fight a UFC star in his next bout, but that doesn’t mean that he’s on-board in trading hand with the lightweight GOAT, Khabib Nurmagomedov. The Problem Child has taken out every man he’s met inside the boxing ring and currently holds an undefeated pro record (0-3). In his last outing in April, the former Disney star defeated former Bellator and ONE welterweight champion, Ben Askren, with a phenomenal first-round KO, shocking the world.

Since then, he’s been calling out several former and current UFC fighters, including welterweight champion Kamaru Usman. However, the one MMA fighter Paul is not at all interested in fighting is the former lightweight king Khabib Nurmagomedov. When asked about the same in a recent Q&A session on Instagram, the YouTuber said that he won’t fight the Eagle as he loves him and Russia – Khabib’s birthplace. 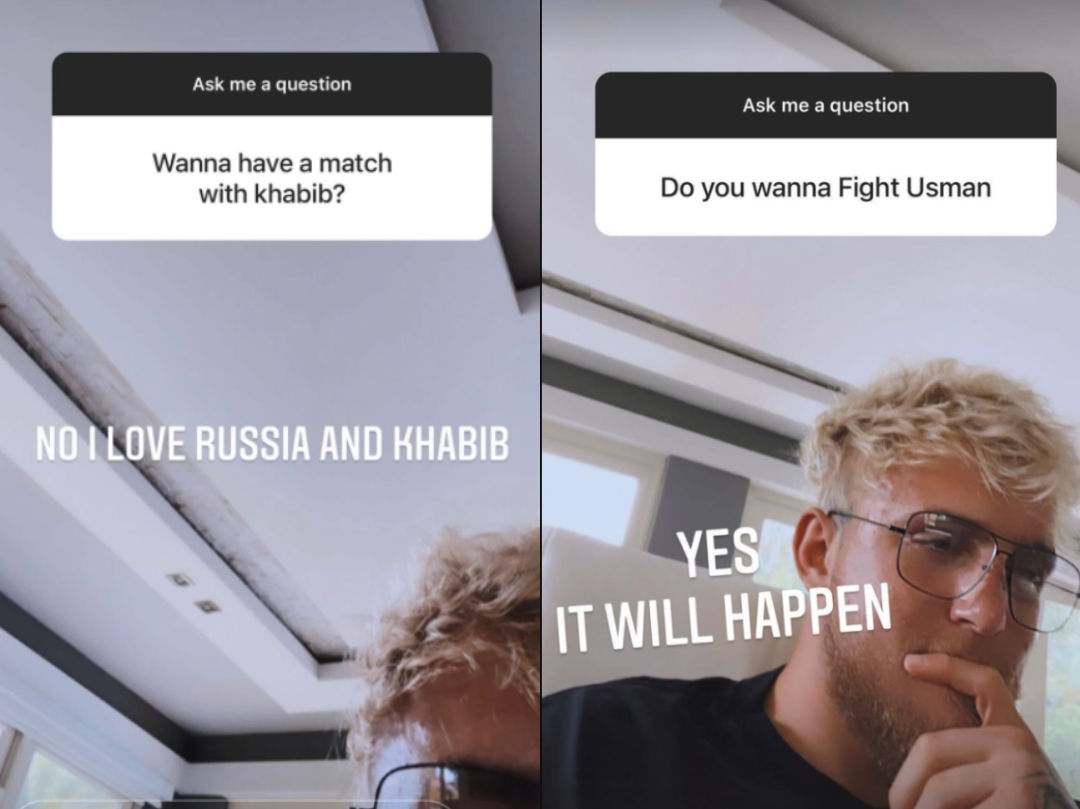 The Dagestani native is one of the most dominant fighters to ever step foot inside the UFC octagon, retiring with an undefeated record of 29-0 in October after defending his 155-pound strap for the third time against top contender Justin Gaethje. In his phenomenal UFC run, Khabib Nurmagomedov rarely lost a round and has wins over Conor McGregor, Dustin Poirier, Rafael dos Anjos and many others. Nurmagomedov recently made it clear that he doesn’t want to return as a fighter and is currently busy coaching his fellow teammates like Islam Makhachev and Umar Nurmagomedov.

Later, during the session, the YouTuber was asked “do you wanna fight Usman?” to which the 24-year-old wrote, “Yes, it will happen”. The rumours of a Jake Paul vs Kamaru Usman started going around after the Problem Child called out the Nigerian Nightmare last month for a boxing match. The UFC welterweight champion was quick to pour cold water on a proposed clash and went on to send a chilling warning to Jake Paul for tweeting a picture of his daughter.

READ | Kamaru Usman wants “Biggest Fight in UFC History” vs Khabib, but doubts it will happen

I understand you think this is a game which is probably why you don’t realize that this is how people Truly get hurt. I don’t play fighting and I can change your life in the worst way. https://t.co/Zch2xlDA9b

How much does Jake Paul earn?

According to Ladbible, the Jake Paul net worth is estimated to be $20 million, with most of his wealth coming from the highly successful Ben Askren bout.

READ | What did Jake Paul say to Kamaru Usman? Fans concerned for YouTuber

READ | Kamaru Usman sends warning to Jake Paul after callout: ‘Can Change Your Life in Worst Way’
First Published: 20th May, 2021 18:21 IST
SUBSCRIBE TO US