Julio Cesar Chavez Jr Vs Anderson Silva Prize Money: How Much Did The Two Fighters Earn? 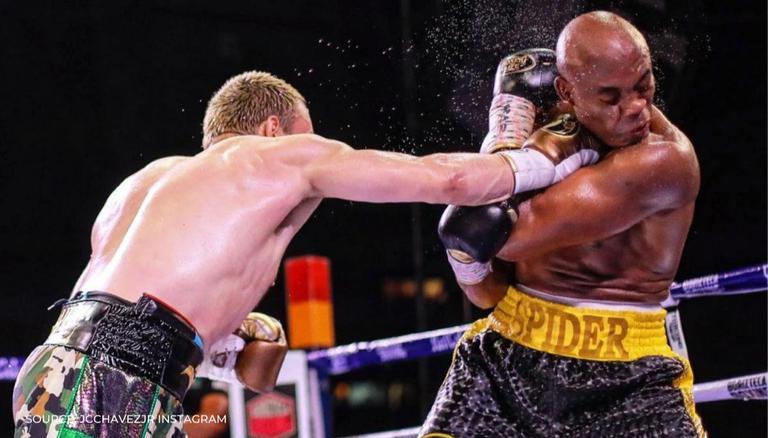 
UFC legend Anderson Silva returned to the boxing ring after 16 long years on Saturday, June 19, to face Julio Cesar Chavez Jr. in an eight-round boxing match. Silva, who held the longest title reign in UFC history, won the headliner of the 'Tribute to the Kings' event via split decision (77-75, 77-75, 75-77) at the Jalisco Stadium in Guadalajara, Mexico. However, fight fans have now been curious to know how much Silva and Chavez Jr. earned from their fight on Friday.

Despite entering the boxing ring after a successful stint with the UFC, Silva looked amazing throughout the fight and appeared to be having fun all along. His movement was fluid, and he looked like the prime version of his UFC self. He kept utilizing his reach, and his jab worked wonders. However, no Anderson Silva fight is complete without some showboating.

The 46-year-old kept touching his heel and throwing a punch from time to time. It came to its peak in the final minutes of the third round as Silva asked Chavez Jr. to pick it up a notch when he was in the corner. 'The Spider' was visibly pumped up, and the crowd was loving it as the Brazilian beat a man who was a middleweight champion in the world of boxing.

Respect to Anderson Silva @spideranderson on the win….vc é uma lenda brasileira! Would be an honor to have him vs Roy Jones Jr on the same card as Tyron and I

Friday's win will provide some respite for Silva as he struggled in the final moments of his MMA career. The former UFC middleweights champion had won just one of his last nine fights in the UFC before leaving the organization. It will be interesting to see where he goes from here but Silva has previously admitted that he would love to step in the ring with boxing legend Roy Jones Jr.

Youtuber-turner-boxer Jake Paul, who didn’t hesitate to call out Nate Diaz following UFC 263, offered to make Silva’s dream boxing bout come true. “Respect to Anderson Silva on the win,” Paul wrote on Twitter. “You are a Brazilian legend! Would be an honour to have him vs. Roy Jones Jr on the same card as Tyron and I.”