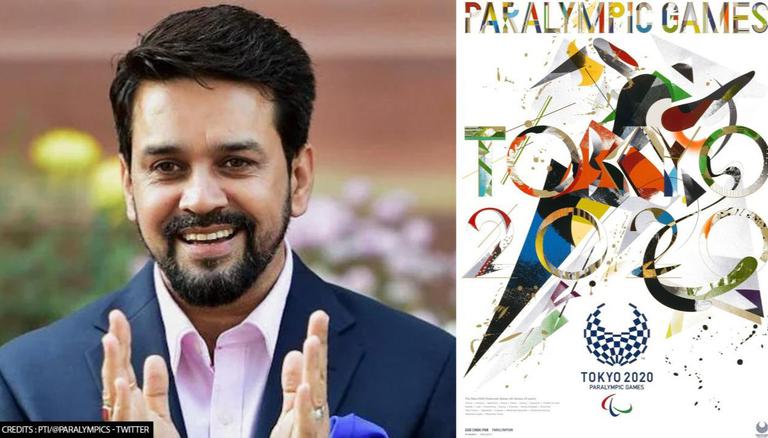 
As the Tokyo Paralympics 2020 is set to begin on 24 August 2021, the Paralympics Committee of India (PCI) launched the Official theme song for the Indian Para Athletes and urged the Nation to cheer and root for the entire Contingent. The song has been released in presence of Sports Minister Anurag Thakur, Sports Secretary Ravi Mittal, PCI President Deepa Malik and Secretary-General Gursharan Singh. A total of 53 para-athletes will participate in nine different events. “This is the largest contingent India has ever sent to the Paralympics Games”, said Thakur. India previously participated in the Rio Paralympics 2016 with a contingent of 19 players.

Delighted to launch the powerpacked theme song for #TeamIndia !

The official song ‘Kar de tu Kamaal’  is composed and sung by Indian Divyang Player by Sanjiv Singh, a resident of Lucknow. The song as the name suggests means to spread magic and will boost every Indian athlete's morale and help them win medals for the country. The idea of bringing the song out of a Divyang player to National recognition is a statement on its own and showcases India’s method of backing its citizens as a symbol of inclusiveness. This is the best example of how we can create a larger than life picture of para-sports and achieve the due media recognition deserved by the Paralympic Games Community.

The Indian Paralympics Contingent returned from the Rio Paralympics 2020 with a total tally of 4 medals, which included two Golds, one Silver and one bronze. The fact to be noticed here is that India had a small contingent of 19 athletes and they came back with 4 medals. So, it is obvious that with a contingent of 53 athletes the hopes and expectations are as high as the spirit of the players.

WE RECOMMEND
Tokyo Olympics: Assam Assembly to be adjourned for 30 mins during Lovlina’s semifinal bout