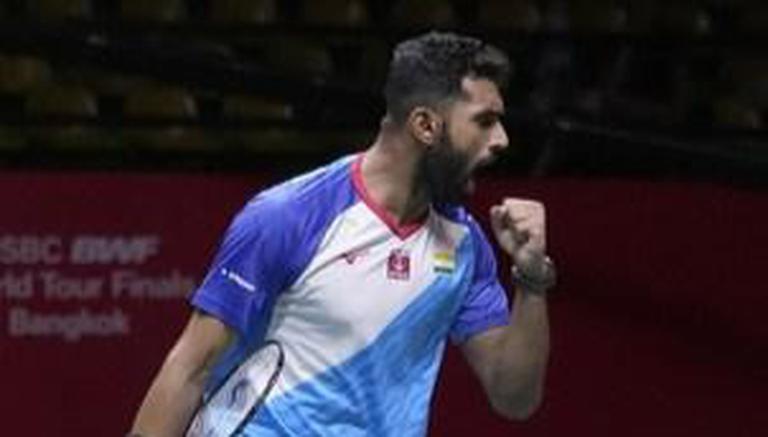 After zooming all the way to world number 8 in 2022, Prannoy lived up to his new status of being India's best ranked men's singles player with a come-from-behind 22-24 21-12 21-18 victory over Sen, ranked 10th, in an edgy opening round contest that went for little over an hour.

The 30-year-old from Kerala will next face either Indonesia's Chico Aura Dwi Wardoyo or Danish veteran Hans-Kristian Solberg Vittinghus.

Prannoy and Sen played five times in 2022 with Sen coming into the match with a slender 3-2 advantage.

The match lived up to its top billing with the duo fighting tooth and nail right from the start. The two played at a high pace and it was Prannoy, who managed to grab a two-point lead at the break but Sen soon drew parity at 13-13.

Following a few disputable line calls, the duo were locked at 19-19 at one stage. Sen then earned a game point but squandered it. Soon Prannoy grabbed two game points at 21-20 and 22-21 but he too missed it as Sen eventually managed to nose ahead after grabbing another game point.

In the second game, Prannoy was 4-1 up with Sen committing a series of unforced errors. The Almora shuttler tried to play an aggressive game, creating acute angles but his senior colleague was always a step ahead.

With Sen struggling, Prannoy rushed to a nine game-point advantage. Sen saved one before the Kerala shuttler sealed it with a smash to roar back into the contest.

In the decider, Sen moved into a 8-4 advantage but Prannoy erased the deficit and clawed back at 9-9 with a flurry of smashes before entering the break with a slender lead after dominating a parallel game.

After the final change of ends, Prannoy opened up a three-point lead with his better placements and sharp strokeplay.

Sen's attempt to go for the lines backfired as soon it was 18-14 advantage to Prannoy.

A push on the back-line earned Prannoy three match points and he sealed it with another backhand block which kissed the line even though Sen looked clearly upset with the line call and flung his racquet in frustration.