The government of Manipur has decided to appoint Saikhom Mirabai Chanu as the police department's Additional Superintendent of Police (Sports). 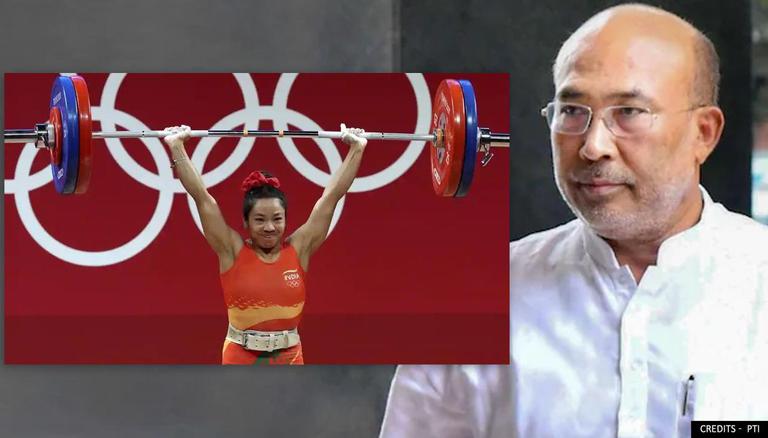 
Padma Shri Saikhom Mirabai Chanu, who won the first silver medal in the 49-kg category at the Tokyo Olympics, was congratulated by all of Manipur's population, as well as the rest of the country. The government of Manipur has decided to appoint Saikhom Mirabai Chanu as the police department's Additional Superintendent of Police (Sports) on Monday, July 26. The notification was made by the Chief Minister's Secretariat in Imphal.

Vice President M Venkaiah Naidu praised Mirabai Chanu's achievement of winning a silver medal in the weightlifting event at the ongoing Tokyo Olympics on Monday, July 26. Mirabai Chanu, an Indian weightlifter, made history by becoming the first Indian woman to win a medal.

Speaking at the Rajya Sabha, Venkaiah Naidu, said, "On behalf of the whole house, I congratulate Mirabai for winning the silver medal in women 49Kg category weightlifting event in Olympic Games being held in Tokyo, Japan".

On Saturday, Mirabai Chanu made history by winning silver in the weightlifting event at the 2020 Tokyo Olympics. Chanu took silver in the Women's 49kg division, lifting a total of 202 kg in the competition. During the snatch event, the weightlifter began the competition by lifting 84 kg on her first attempt. Jourdan Delacruz of the United States, on the other hand, lifted 83kg in her maiden attempt. However, Mirabai Chanu stepped up her game and lifted 87kg in her second effort, while Delacruz hoisted 86kg in her second attempt.

Mirabai Chanu remarked in a video uploaded on her official Twitter account on July 26 saying, "Yesterday, I won a medal at the Tokyo Olympics, and therefore, I wish to dedicate this to all the citizens of India and am also thankful to the entire nation for their prayers and good wishes. It is because of them that I could win a medal. I wish to thank them all. Jai Hind!"