Michael Chandler wife: While much is known about the UFC star, thanks to social media presence, there’s very little knowledge about his personal life. 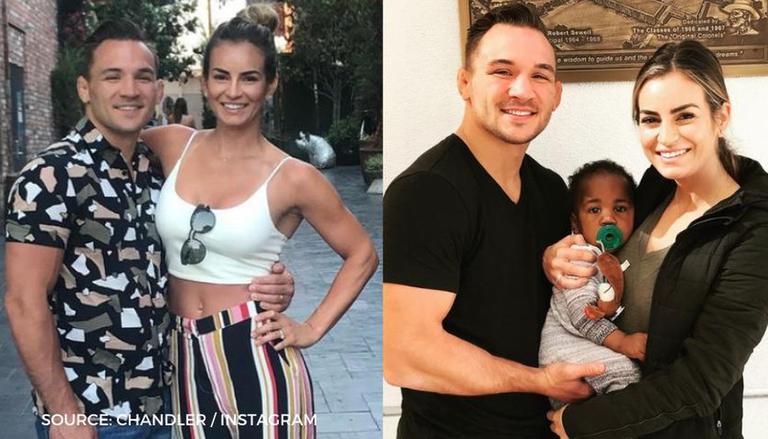 
Michael Chandler, who is known for his aggressive fighting style, is hailed as one of the greatest lightweights competing today. A former Bellator MMA champion, ‘the Iron’ entered UFC with a bang, knocking out top contender Dan Hooker in a co-main event of UFC 257 in January, earning a title shot. The American is now set to fight Brazilian Charles Oliveira at UFC 262 for the lightweight title this Sunday after it was vacated by Khabib Nurmagomedov a couple of months ago.

According to reports, ‘Iron’ and Brie Willet have been together for more than 7 years. They got engaged in March 2014 and are expected to exchange vows later this year. When it comes to Willet, she is a Columbia native, who studied at Taylor University, pursuing Psychology and Biology. She then graduated from Southern Illinois University, with Masters in Physician Assistant studies.

In 2017, the pair adopted a 9-month-old child, who they named Hap Whitaker. Whitaker recently turned 4-year-old, with Chandler and his wife celebrating their kid’s birthday with friends and family. It’s a matchup of different worlds altogether, but they remain strong still after so many years. Whitaker is a huge fan of his father and can’t for Chandler to become the new lightweight champion, as witnessed on the recent UFC 262 embedded episode.

According to idolnetworth, the Michael Chandler net worth in 2020 was estimated to be $45 million.