As per the report Michael Schumacher's son Mick Schumacher’s accidents have cost Team Haas  4,212,500 Euros putting him at the top of the chart. 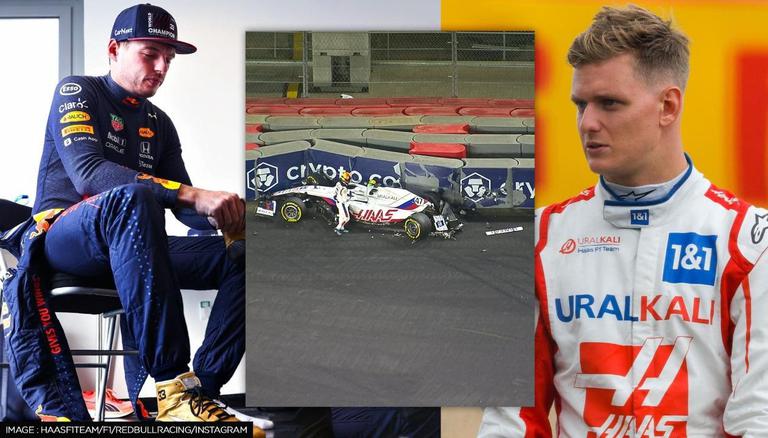 
The 2021 season of F1 has finally ended and with that came an end to Lewis Hamilton's dominance on the track. Red Bull driver Max Verstappen captured his maiden F1 Drivers World Championship in a dramatic and controversial fashion ending British drivers dominance.  However, for drivers of the teams competing in F1, scoring points comes at a very high cost.  To replace the F1 damage costs teams have to burn holes in their pocket. Today we look at a list of drivers who have cost their team fortunes after a car crash during the race.

According to a report by Sky Germany Michael Schumacher's son Mick Schumacher tops the chart in terms of costing his team more money in crashes during the 2021 season. As per the report Mick Schumacher’s accidents have cost Team Haas  4,212,500 Euros putting him at the top of the chart.

According to the report by The Sun Research on fan site F1maximaal shows Michael Schumacher's son Mick Schumacher needed eight new front wings and nine new sets of suspension following F1 crash damage across the season which had 22-races in total. team Haas failed to score a single point in the 2021 season.

The second position in the list belongs to Ferrari's Charles LeClerc who cost Ferrari  4,046,000 Euros during the entire season. The new F1 World Champion Max Verstappen is fourth on the list costing his team 3,889,000 euros. Check out the list of other drivers who have cost their team money through crashes.