MMA Fighter, 26, Dies After Bout At 'Fast And Furious' Event

MMA fighter Saeideh Aletaha suffered a fatal brain injury while competing at a Fast and Furious Fight Series event which led to her death. Read on for details.

Amateur MMA fighter Saeideh Aletaha suffered a fatal brain injury while competing at a Fast and Furious Fight Series (FFS) event at Central Hall in Southampton over the weekend. Saeideh collapsed during the contest and was rushed to the hospital in a life-threatening condition.

Hampshire Police later released a statement revealing the tragic news that the MMA fighter has passed away. The 26-year-old British-Iranian was a lightweight fighter, described by many as a ‘beautiful soul’ was a product design engineer, who was aspiring to make it big as an MMA fighter. She was competing in a K-1 bout organised by the Lookborai and Exile Gym. The doctors and paramedics team was ringside when the incident happened.

The Fast and Furious Fight Series promotion had released a statement on their Facebook page following the death of MMA fighter Saeideh Aletaha. 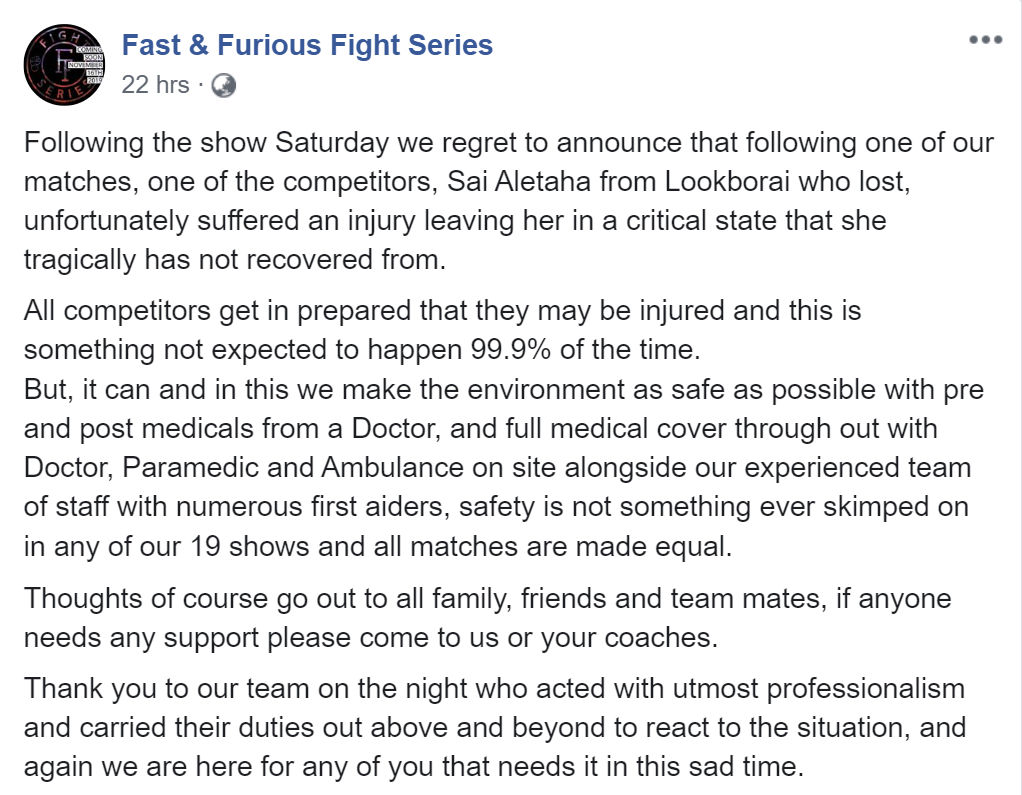 Exile gym is the facility where Saeideh Aletaha had trained for the Fast and Furious bout who also released a statement on their Facebook following the tragedy. 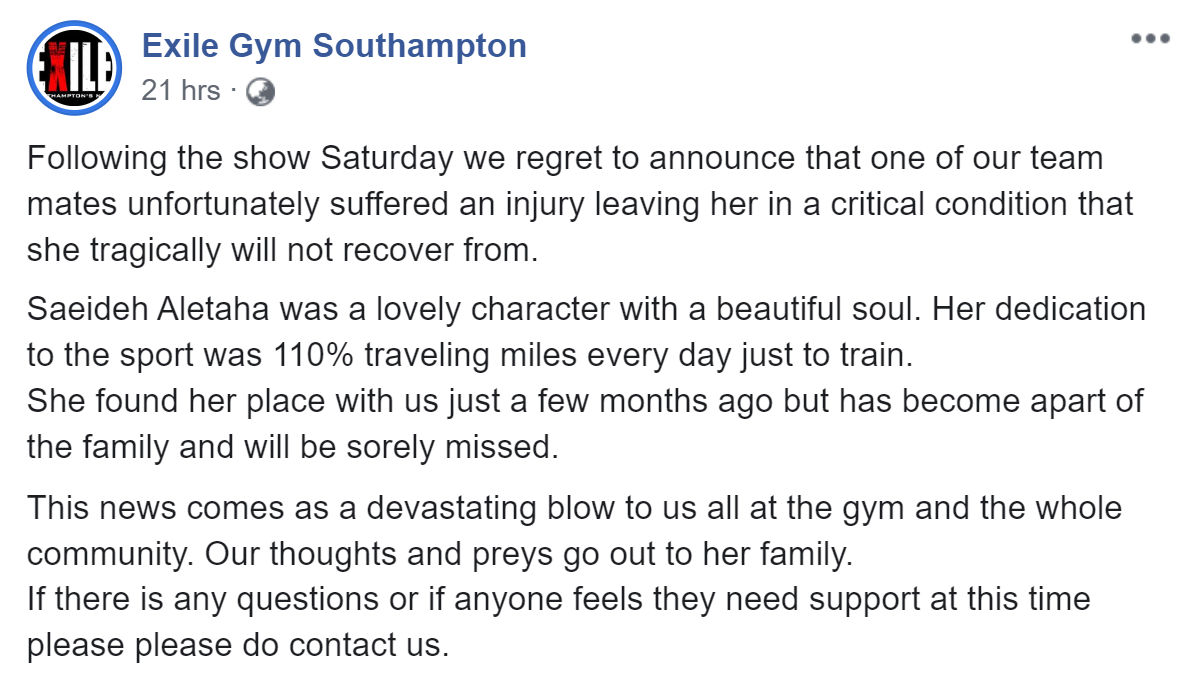 The news came as a devastating blow to the whole community and the investigations into the matter have been launched to determine the cause and are still ongoing. Tributes have been paid on social media by her University and the MMA community. Here are a few reactions from fans on the MMA fighter's death:

Rip Saeideh Aletaha . What a warrior.