Tokyo's FM Toshimitsu Motegi had earlier said last week that “a civil case in Japan should be resolved by people concerned in accordance with laws. 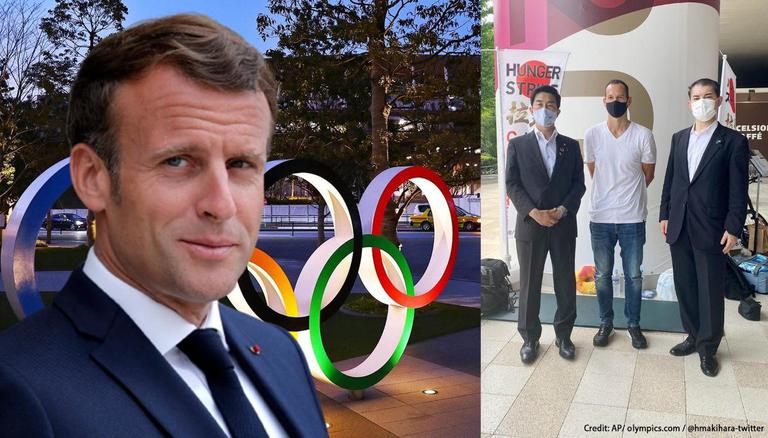 
Frenchman Vincent Fichot, 39 entered his third week of hunger strike in Tokyo during the global Olympics games 2020 demanding access to his two children, who, he said, were abducted by their Japanese mother. While Fichot’s appeal was conveyed by the French President Emmanuel Macron to his Japanese counterpart Yoshihide Suga, nothing much changed. Fichot has returned to an empty house many times failing in his efforts to see his children in Japan's suburb of Setagaya, where he currently lives, according to French newspaper Les Echos.

The French father's humble house reeks of absence, with no decoration, nor lustre. He has three pieces of furniture, and on a chest of drawers at the entrance, he keeps a single photo of his children.

On Friday, in an attempt to back the cause of the former finance worker who has been sitting outside on the street for days, without food or water, several European diplomats came out in protest against the Japanese government for, what they alleged, permitting the ‘legal abduction’ of Fichot’s kids, whilst the father was separated from them, French media outlets reported. 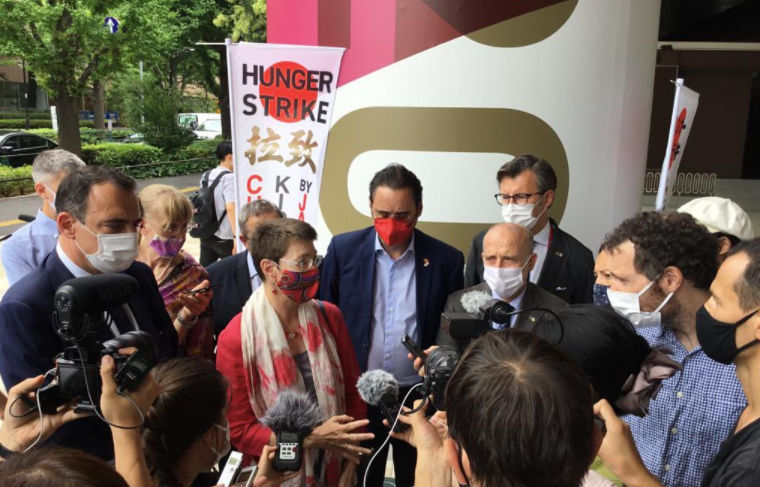 Tokyo's Foreign Minister Toshimitsu Motegi last week in a Japanese press briefing informed that “a civil case in Japan should be resolved by people concerned in accordance with domestic laws," as he declined to discuss Fichot's matter at length.

Fichot started petition outside the National Stadium continuing his several years of struggles for reuniting with his children named Tsubasa and Kaédé, aged 3 years and 11 months respectively, both of whom have dual citizenship. The French father-of-two was flocked by the press workers on July 30 as he was joined by the at least 10 EU diplomats who expressed support for him. EU questioned the legality of state-sanctioned parental abduction of Fichot’s children, resonating with the plight of several foreign parents for whom, a divorce in Japan means losing access to their children.

The foreign national parent in Tokyo can lawfully be denied the right to even see their kids after the divorce with their Japanese partner. One of the world’s most developed nations, Japan, does not recognize the concept of ‘joint custody’ of kids, prohibiting hundreds of thousands of mothers and fathers from seeing their kids ever again after the court grants their “sole custody” to the Japanese national parent. Country’s laws do not consider the fundamental rights of children.

French media reports that Fichot has lived in Japan for 15 years, and had been making appeals to French President Macron to hold dialogue with the Japanese government to be allowed to see his kids. At a ceremony with Paris set to host the next Olympics in 2024, Macron reportedly discussed the "extremely tragic situation,” which the Frenchman told reporters that he appreciates. But since nothing changed about the situation, he stressed that he would continue for sake of his children.

Shooting a statement Friday in support of Fichot, EU Ambassador Patricia Flor said, “The Convention on the Rights of the Child clearly states that all children have the right to contact their parents, so it is a matter of children’s rights, so we have parents, and of course the French ambassador in this case. I will support you.”

Japanese Ministry of Justice officials meanwhile denied the French reporters’ requests to comment on the child custody laws in Japan and the national divorce system. Fichot's estranged wife, Maiko Fichot, had earlier pressed charges of domestic abuse of Fichot as the reason for divorce and had later retracted. His wife meanwhile declined to make comments saying, “I want my private information to be protected.” Fichot, who said, that he would continue his fight lost 14 kg (30 pounds) since he began his strike on July 10. Several diplomats from France, Germany, Spain, Italy, and other countries have since backed the Frenchman. French Ambassador Philippe Setton meanwhile told a press conference that while France’s Macron had also earlier brought the matter with PM Suga's predecessor, Shinzo Abe, in 2019, “this is a matter primarily for the Japanese society.”