Renowned boxing coach OP Bhardwaj passed away on Friday in Delhi at the age of 82 after fighting prolonged illness and age-related problems. 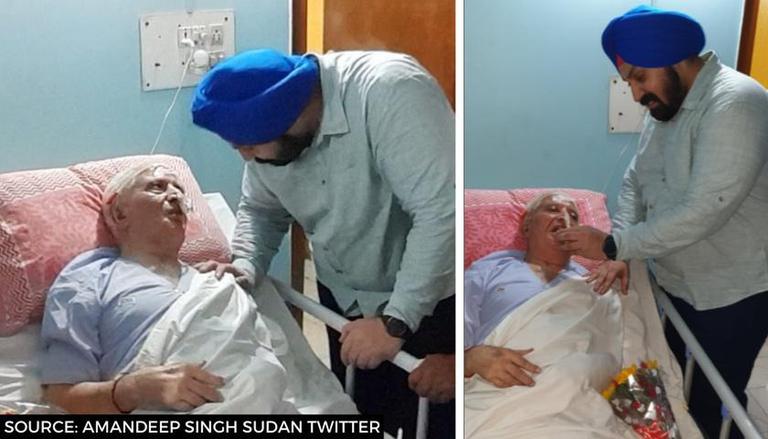 Renowned boxing coach OP Bhardwaj passed away on Friday in Delhi after fighting prolonged illness and age-related problems. Bhardwaj was India's first Dronacharya awardee coach for boxing. Notably, Bhardwaj who was 82, had shockingly lost his wife Santosh to ill-health about 10 days ago. This boxing news has shocked the Indian sports fraternity.

While speaking to PTI, TL Gupta, a close family friend of Bhardwaj and a former boxing coach said that the veteran coach had been unwell for many days with a lot of health issues and was hospitalized. He added that age was a factor and there was also the shock of losing his wife about 10 days back.

I dedicate this #Teachers_day to the man who taught me to Never Give Up in life.

He taught me boxing when I was 10.
Combatting Parkinson's he still remembers me n so do I.#शिक्षकदिवस pic.twitter.com/xuOxiMdgxF

Gupta further said that Bhardwaj started his career in the Army School of Physical Training in Pune and became an accomplished coach for Services. He added that in 1975, when NIS came up with the proposal for coaching diplomas, in boxing, Mr Bhardwaj was picked to start the course. Calling him an inspiration, Gupta opined that he is proud to say that he was among his first students. It is worth mentioning that the legendary coach had also taught some boxing techniques to Congress MP Rahul Gandhi for a couple of months in 2008.

Indian pacer Bhuvneshwar Kumar's father, Kiran Pal Singh passed away at his Meerut residence on Thursday too, adding to the list of parents of Indian sportspersons, who were and passed away due to illness during the second wave of the virus. The Bhuvneshwar Kumar father death cause is said to be liver cancer that he was battling the same for the last eight months. He was 63 and is survived by his wife Indresh Devi and son and daughter Bhuvneshwar and Rekha respectively. According to ESPNCricinfo, Singh was first detected with the illness in September last year when Bhuvneshwar was playing for Sunrisers Hyderabad in the UAE for the IPL.

Our condolences to @BhuviOfficial & his family on the passing of his father. Stay strong, Bhuvi. pic.twitter.com/sv4QfXSYl7