The 16-year-old Indian prodigy R Praggnanandhaa was stronger in blitz, and thus knocked out his higher-ranked opponent in the semi-finals of Chessable Masters 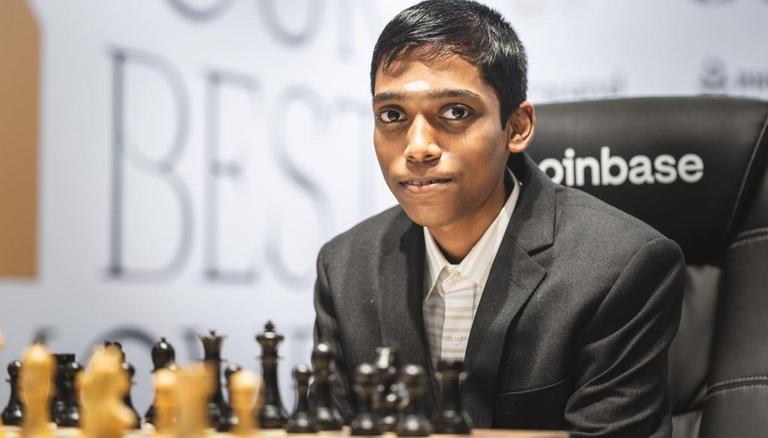 
India's chess prodigy R Praggnanandhaa stunned Anish Giri to foray into the finale of the Chessable Masters online rapid tournament. Notably, this will be the youngster's maiden appearance in his first Meltwater Champions Chess Tour final. R Praggnanandhaa will next take on world number two Ding Liren in the finals after the Chinese pulled off a shocker by defeating world number one and Tour leader Magnus Carlsen in the other semifinal.

However, the fightback from the Indian did not last long as he allowed Giri to come back into the game. A small error from Praggnanandhaa saw Giri pouncing on the opportunity to checkmate his Indian opponent and tie the game at 2-2. The match went into the tie break and it was R Praggnanandhaa who had the upper hand over his dutch opponent. The 16-year-old Indian prodigy was stronger in blitz, and therefore, knocked out his higher-ranked opponent

Earlier on Tuesday, May 24, R Praggnanandhaa defeated China's Wei Yi 2.5-1.5 to confirm a spot in the semis. R Pragnanandhaa won the first two games of his four-match series against Wei Yi. The Chinese Grandmaster, however, made a strong comeback to win the third game. A draw in the fourth and final game ensured a victory for Praggnanandhaa. Earlier in the tournament, Praggnanandhaa had defeated the World No. 1 Magnus Carlsen to cement his place in the top eight. Praggnanandhaa is only the third Indian after Viswanathan Anand and P Harikrishna to beat Carlsen in a chess game.

All you need to know about R Praggnanandhaa

Praggnanandhaa, a chess prodigy from Tamil Nadu, earned the coveted Grandmaster title in 2018. He was the second-youngest person ever to achieve the title of Grandmaster at the time but is currently fifth on the list after being dethroned by Abhimanyu Mishra, Sergey Karjakin, Gukesh D, and Javokhir Sindarov. Earlier he had also won the World Youth Chess Championships U-8 title in 2013, which earned him the title of FIDE Master at the age of 7.