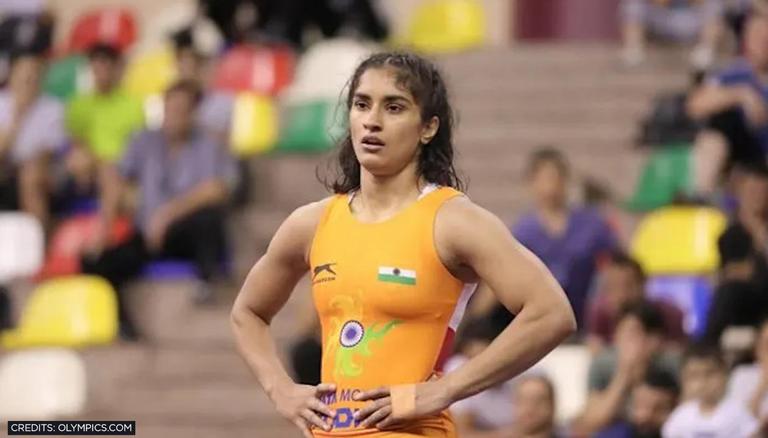 
Vinesh Phogat suffered a 9-3 loss at the hands of Belarus' Vanesa Kaladzinskaya in their women's freestyle 53kg 1/4 final bout on Thursday.

Vinesh Phogat oozed with confidence coming into this bout but she was up against the two-time world champion and the former was no match for the Vanesa Kaladzinskaya who dominated the proceedings right from the beginning as Vinesh had to play the catch-up game to reduce her point deficit.

The wrestler tried her level best to keep her opponent down on the mat and find a place in the semi-finals but the double world champion was way too strong for her and the final scoreline read in the favor of Vanesa Kaladzinskaya 9-3.

Meanwhile, all's not over for Vinesh Phogat and her stay in the Tokyo Olympics 2020 can be prolonged provided Vanesa Kaladzinskaya reaches the final and if she does succeed in doing so, then Vinesh Phogat will compete in the repechage match and can manage a podium finish with a bronze medal.

Vinesh Phogat had qualified for the quarterfinals after a 7-1 win over Sweden's Sofia Mattson in the round of 16 match. All it took for Vinesh Phogat were 90 seconds as she took a very good four-point lead on the scoreboard with a couple of outstanding takedowns as Sofia  Mattson had to struggle hard to make a comeback early on in the contest.

Vinesh Phogat resorted to counter-attacking strategy to enjoy a mammoth 5-0 lead in the first round. She turned defence into an attack against her Swedish counterpart which helped extremely well in Phogat's favor and while Sofia Mattson did earn that solitary point, but it was too little too late as she did earn that one point during the dying minutes of the contest.

Phogat will now need luck to go her way as India looks forward to winning its sixth medal as of now after the men's hockey team scripted history on Thursday by getting the better of Germany 5-4 in the bronze medal match.