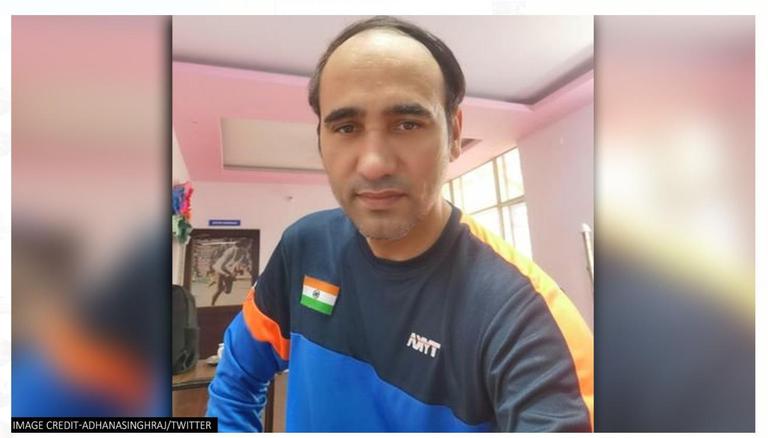 
Singhraj Adhana has won a bronze medal for India in the Tokyo Paralympics 2020 men's 10m Air Pistol SH1 event on Sunday. By the virtue of this win, it has taken India's medal tally to eight.

After the end of the first round, Singhraj Adhana was at the second spot with 50.3 points and retained the same spot after the end of Series 2 with 99.6 points. He did seem to be out of the medal race after the end of Elimination Round 3 but made great amends in the next round to successfully manage a podium finish. He earned 216.8  points in total to finish at 3.

Earlier, the Indian shooting contingent's brilliant run continued on Day 7 of the ongoing Tokyo Paralympics as shooters Manish Narwal and Singhraj Adhana qualified for the medal round in the Men's 10m Air Pistol SH1. Manish Narwal amassed 575 -21x points at an average of 9.583 after shooting 60 shots on the target. He finished in the first position in the qualifying round just edging China's Xiaolong Lou on the number of X's(575 -15x). Meanwhile, Singhraj Adhana gathered 569 -18x to finish 6th in the qualifications.

Manish Narwal started the qualification very strongly with a 96 and 95 in the starting two series. The third series saw a major dip in concentration from Manish as the Indian scored 92 with just three 10's.

The determination and mental toughness of Narwal was in full display in the last three series of the final as the shooter scored a brilliant 98, and followed it by 97 and 97 to climb on top of the qualification.

For Singhraj, the start was also good as he accumulated 95 and 97 in the first two series. A 93 in third landed him in trouble but soon he came back with a 95. A 92 in the second last series was followed by a brilliant 97, as Singraj was just able to squeeze into the final.