Know how to watch the live streaming of MLB matches in India, as Toronto Blue Jays and New York Yankees lock horns with each other on September 30. 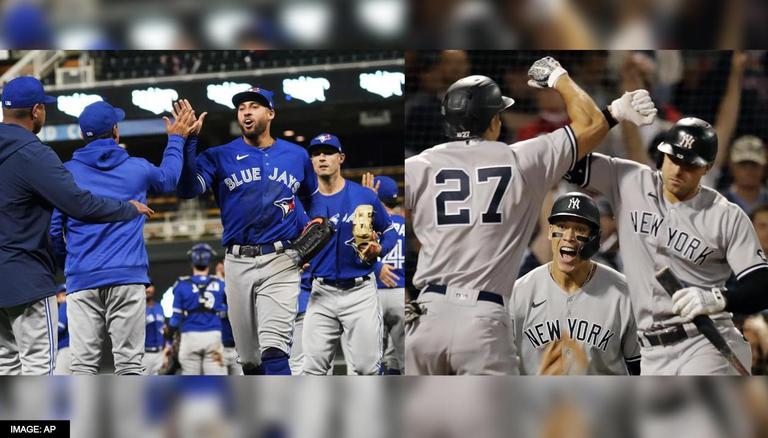 
Toronto Blue Jays are all set to host New York Yankees on September 30 at the Rogers Centre Stadium in Toronto. Both the teams are heading into this match, trying to chase a wild-card spot, for a three-game set at the Rogers Centre. The Yankees are in contention to seal a post-season spot in Toronto if the Mariners lose at least one game against Athletics at Seattle. Meanwhile, the Blue Jays need to sweep the entire series in order to go ahead of the Yankees in the points table. The last time Yankees and Blue Jays locked horns with each other, the Blue Jays won all four games at the Yankee Stadium, and denied Yankees to hold a single lead in the series.

How to watch MLB matches in India?

Indian fans who want to watch the New York Yankees vs Toronto Blue Jays match Live in India can enjoy the match on the official website and app of the online streaming platform FanCode. Unfortunately, the MLB matches are not telecasted in India. However, fans can take a premium subscription to FanCode by paying a monthly fee of INR 99 or a yearly fee of INR 499. The match will start from the Rogers Center stadium at 4:37 AM IST on September 30.

No matter whatever outcome the match on September 30 between Yankees and Blue Jays brings, Blue Jays have already clinched the series. They lead the series at 10-6, with three games yet to be played, along with holding the advantage of a home-field tie-breaker. Meanwhile, Yankees return to the Rogers Centre stadium as Blue Jays have been forced to play home games in three different locations this season because of the Canadian travel restrictions, brought by the COVID-19 pandemic.

May the odds be ever in your favor.

Meanwhile, in the American League East point table of the Major League Baseball 2021 standings, New York Yankees find themselves at the top position with 98 wins and 64 losses to their name. On the other hand, Toronto Blue Jays are second to the Yankees with 87 wins and 75 losses. They are followed by Tampa Bay Rays, Boston Red Sox, and Baltimore Orioles in the third, fourth, and fifth positions respectively.