A look at the Formula One 2021 Driver Championship standings, following Valtteri Bottas' win in the Turkish GP, ahead of Max Verstappen, Sergio Perez. 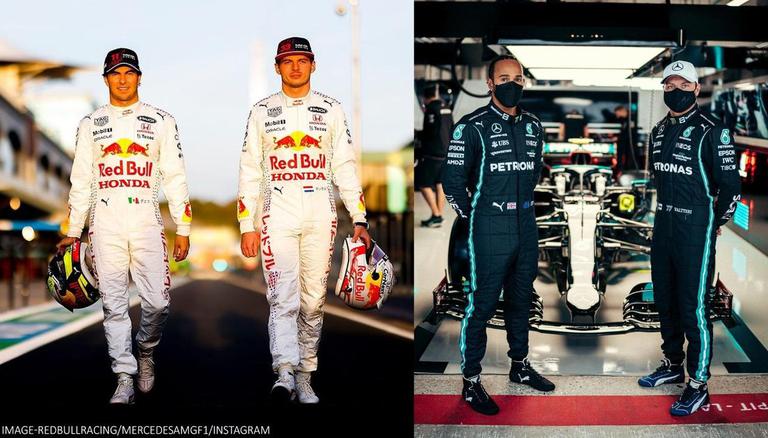 
Mercedes’ driver Valtteri Bottas won his 10th race in Formula One by claiming the win in the Turkish Grand Prix at Istanbul on Sunday. Bottas won his race of the season, after finding himself on the podium positions, nine other times in the season. Bottas crossed the line, ahead of Red Bull’s Max Verstappen and Sergio Perez, who took P2 and P3 respectively. They were followed by Ferrari’s Charles Leclerc, and the seven-time F1 world champion, Lewis Hamilton at fourth and fifth place respectively. Hamilton too seemed like finishing on the podium, however, a late pit call by Mercedes, made him finish the race at P5.

A look at the Formula One Driver Championship standings

Following the P2 finish by Max Verstappen, he rose to the top of the 2021 F1 Driver Championship standings with a total of 262.5 points to his name. Verstappen has won seven races this season and has finished on the podium other than P1 on six occasions. Verstappen is closely followed by Hamilton, who lost his lead to the Red Bull driver, after his P5 finish. With a total of 256.5 points to his name, Hamilton has won six races this season and finished on the podium on six other occasions.

The Turkish GP winner, Bottas is placed third in the standings with 177 points to his name. Bottas is followed by 21-year-old McLaren driver Lando Norris who has finished four times on the podium. His best results came in the Italian GP at Monza, where McLaren clinched a 1-2 at the podium after Daniel Ricciardo won the race. Red Bull driver Perez has a total of 135 points to his name, having won the Azerbaijan GP this season, and finishing at the podium during the French GP. Perez is placed at fifth in the standings and is followed by the Ferrari duo. Ferrari’s Carlos Sainz finds himself at sixth place with 116.5 points and is ahead of teammate Charles Leclerc with only 0.5 points. The Ferarri duo is followed by the Italian GP winner Daniel Ricciardo with 95 points and Alpha Tauri driver Piere Gasly with 74 points. Veteran Spanish driver and two-time F1 world champion with Renault, Fernando Alonso is 10th in the standings with 58 points, while his Alpine teammate Esteban Ocon is 11th with 46 points.

READ | Formula One: Alex Albon confirmed as Williams Driver alongside Latifi for 2022 season