UFC news: Heavyweight Derrick Lewis reportedly caught and knocked down a thief who was trying to break into his SUV on Tuesday in Houston. 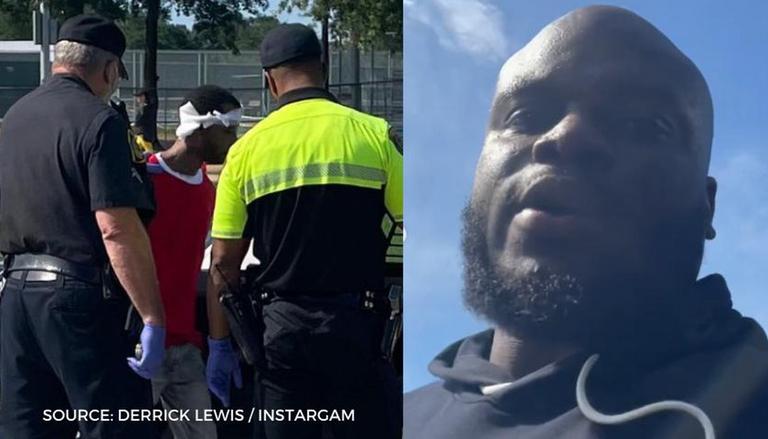 
Derrick Lewis may not have stepped inside the UFC octagon since his spectacular KO win over Curtis Blaydes in February, but that doesn’t mean that he has lost his power. The Black Beast recently took to social media and highlighted another Knock Out win which apparently came at a parking lot in his hometown of Houston. Lewis reportedly caught and punched a thief who was trying to break into his SUV on Tuesday.

According to MMA fighting, Derrick Lewis was returning from a workout session when he saw the suspect trying to break into his SUV with the help of a screwdriver. Lewis then reportedly confronted the man and punched him in the face, knocking him down. He then held the thief until police arrived at the scene. The man was apparently transported to the hospital for treatment of his injuries. The Houston Police Department later revealed that the culprit was only charged with criminal mischief “because our winner did not get into the vehicle”.

The video that Derrick Lewis shared on Instagram showed the officials putting the culprit into a police car. “Motherf**ker tried to break into my sh*t,” Lewis said after panning the camera towards himself. Lewis also shared an image of his fist to his Instagram Stories, showing some minor bruising to the knuckles on his right hand, confirming that he indeed punched the thief.

Derrick Lewis, who boasts an MMA record of 25-7-0 (1 NC), is currently ranked no. 3 in the heavyweight rankings. His “knockout of the year” contender win over Curtis Blaydes once again earned him a title shot and is currently in talks to fight the newly crowned heavyweight champion Francis Ngannou in Summer 2021, possibly August. That bout is the result of seemingly failed negotiations between the promotion and former light heavyweight champ Jon Jones, who had been set to face Ngannou. Lewis and Ngannou have fought each other in the past, with the Black Beast coming out on top via unanimous decision.

According to celebritynetworth, the Derrick Lewis net worth is estimated to be around $1.5 million.

READ | Charles Oliveira vs Michael Chandler fight purse: How much did fighters earn from UFC 262?