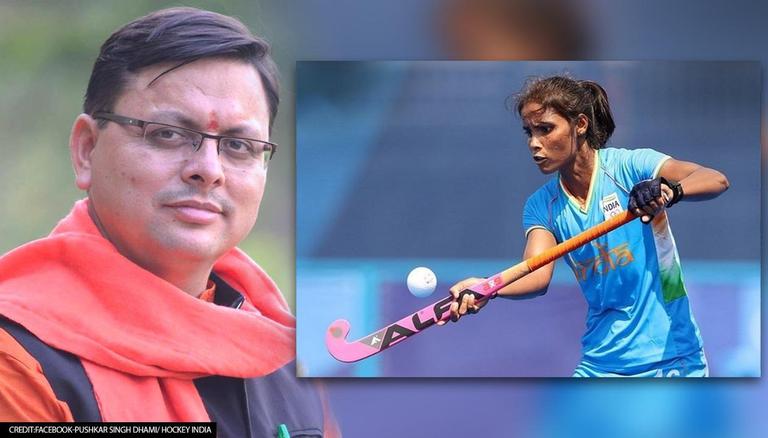 Earlier on Friday, Jharkhand CM Hemant Soren had announced Rs 50 lakh cash-reward and 'Pakka Houses' for the state's women hockey players, who represented the country at the Tokyo Olympics. Notably, Salima Tete from Simdega in Jharkhand represented India at the Tokyo Olympics. Jharkhand's Simdega is a tribal area and is home to hockey legends like Sylvanus Dung Dung, Michael Kindo, and now Salima Tete.

As per the PTI report, the villagers of Simdega gave up on the farm work for the day and reached Salima's house in the morning to watch the bronze medal match. A new smart TV was installed on the instructions of the Jharkhand CM Soren so that Salima Tete's family members could watch the match.

Besides Jharkhand, the Haryana government had also announced that it will honour the 9 history-making women's hockey players of the state with a cash reward of Rs 50 lakh each, said CM Manohar Lal Khattar.

"Haryana government will award Rs 50 lakhs each to the nine members of the Olympic women's hockey team who are from Haryana," Khattar had tweeted.

India was in the lead with 3-2 in the first round, but Britain's team eventually dominated and capitalised on the contest. Team India scored a quick three goals in just five minutes between the 25th minute and 30th minute, through Gurjit Kaur and Vandana Katariya.

On the other hand, Great Britain breached the Indian goalpost four times to register a clear-cut victory. Skipper Hollie Pearne, Elena Rayer, Sarah Robertson, and Grace Baldson were the players who gave spectacular performances and gained the spotlight. Although the Indian team lost narrowly, it had ample chances to score. Out of eight penalty corners, the Indian team could covert only one corner, successful. Great Britain used more opportunities than chances, which led them to victory.