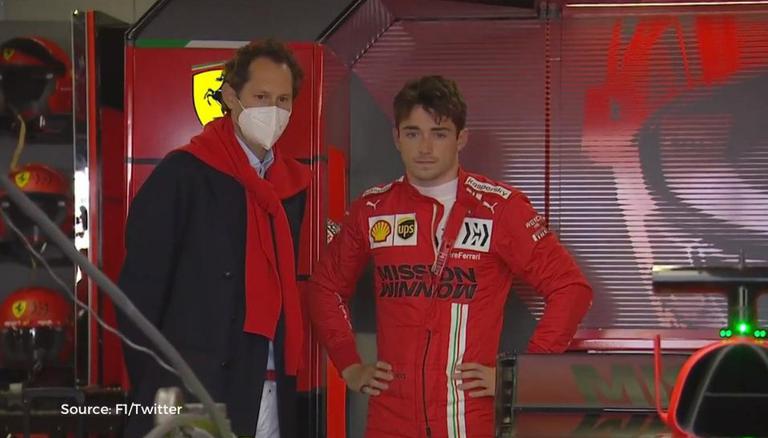 
While it was jubilation for Red Bull and Max Verstappen on one hand, it was a heartbreak for Ferrari's Charles Leclerc on the other hand. Leclerc became Monaco's first home polesitter for 85 years when he out-qualified Verstappen and Mercedes' Valtteri Bottas. However, he was unable to begin the main race on Sunday. So, here is what happened to Charles Leclerc and the reason why didn't Charles Leclerc start Monaco GP 2021?

One of the greatest Monaco Grand Prix highlights from Sunday's race was that Charles Leclerc was unable to start the race from pole after having driveshaft issues in his Ferrari on the first lap out of the pits. Meanwhile, Ferrari F1 made it clear that the issue did not seem to be a result of Leclerc's qualifying crash at the end of Q3. Fans were notified of the disappointing news on Ferrari F1's official Twitter handle when the mechanics realized they could out fix the issue in time for the start of the race.

Charles will not start the race due to an issue with the left driveshaft which is impossible to fix in time for the start of the race. #MonacoGP

After the race, Ferrari boss Mattia Binotto said that the team still need to fully understand what happened. "The failure is on the driveshaft into the hub on the left-hand side, so it's not a gearbox problem we had. The gearbox has been inspected yesterday evening, it has been rebuilt, and the gearbox was ok for the race. What happened is on the opposite side compared to the accident, so it may be completely unrelated to the accident. But something on which we need to carefully understand and analyse. We have no answer right now," concluded Binotto.

While Binotto may have no answers at the moment one thing is certain that Leclerc's duck at his home Grand Prix continues as he has failed to register a finish in the Principality. Moreover, he also failed to finish the race in both his Monaco appearances in F2. Speaking about the heartbreak Leclerc said, "In the garage, it was very, very difficult to feel ok. I'm getting used to this feeling unfortunately, I've never finished a race here. This year I don't start from pole, so it's a difficult one to take."

With Charles Leclerc being forced out of the race, Red Bull's Max Verstappen inherited first place on the grid and went on to win the race comfortably by nine seconds from Ferrari's Carlos Sainz. Lewis Hamilton's seventh-place finish in the race meant that the seven-time Driver's Champion lost the lead in the F1 standings 2021 to Verstappen, who leads the standings for the first time in his F1 career. Verstappen (105) currently leads Hamilton (101) by four points in the F1 standings 2021 after five races.