What Happened To J.J. Watt? Why Will He Not Play Against Packers Tonight? 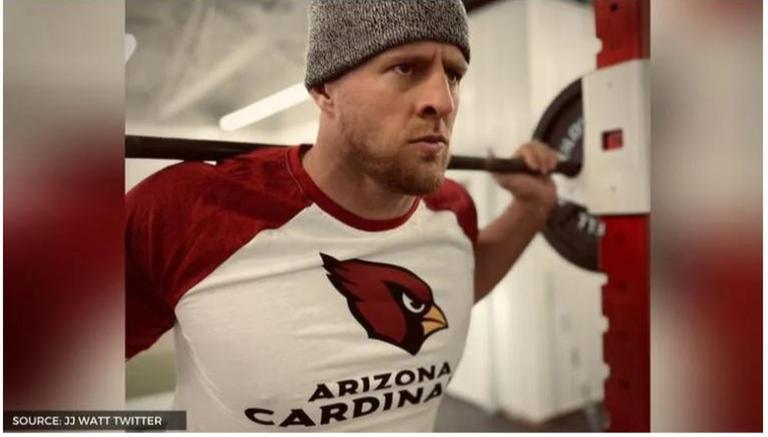 
The Arizona Cardinals have suffered a huge blow ahead of their next NFL game as far as their defence is concerned due to JJ Watt's injury. The Cardinals defensive end will be forced to miss his team's contest against the Green Bay Packers on Thursday because of a shoulder injury.

As per reports in NFL.com, JJ Watt's shoulder injury prevented him from participating in practice, and the club designated him out on its Wednesday injury report where it was officially confirmed that he would not be taking part in the exciting Cardinals vs Packers game on Thursday night.

JJ Watt out for the season?

According to reports in ESPN as per Arizona Sports 98.7 FM, JJ Watt's shoulder injury could force him to miss the remainder of the ongoing season.

At the same time, it has also been reported that the defensive end injured his shoulder during the second quarter of the Arizona Cardinals' last game against the Houston Texans last weekend for which he would need to undergo surgery. The Cardinals registered an emphatic 31-5 win over the visiting team at home i.e. the University of Phoenix Stadium.

Meanwhile, it has also been reportedly learned that JJ Watt had made an early exit during the Arizona Cardinals vs Houston Texans game last Sunday but no injury was reported at that point in time.

If JJ Watt is indeed ruled out for the rest of the season, then it will be a huge blow to the Arizona Cardinals in their future games as his absence will create additional pressure on the team's young defensive ends including the likes of Zach Allen, Leki Fotu and Michael Dogbe. JJ Watt is a three-time defensive player of the year and he had joined the Cardinals after leaving the Houston Texans in the summer. The 31-year-old was released last month on his own request after 10 years with the franchise as the Texans continue to be in turmoil after their debacle last season.