Who Is Priya Malik? All You Need To Know About India's Wrestler Who Won Gold In Hungary

Here's all you need to know about wrestler Priya Malik who has struck gold at the World Cadet Wrestling Championships in Budapest, Hungary on Sunday 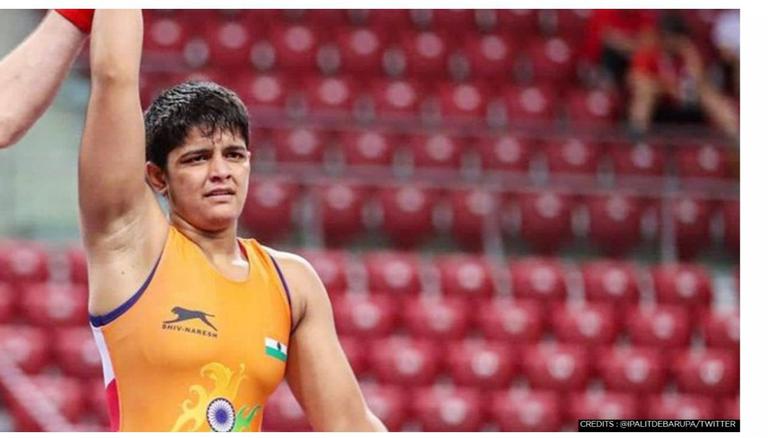 
Wrestler Priya Malik has made the entire nation proud by clinching the elusive gold medal at the World Cadet Wrestling Championships in Budapest, Hungary on Sunday in the women's 73 kg weight category where she got the better of Belarus wrestler Kseniya Patapovich 5-0 in the final.

Even though she has not won the prestigious Olympic gold medal as the Haryana wrestler is not a part of the Indian contingent in the ongoing Tokyo Olympics 2020, it is indeed a phenomenal achievement and cannot be belittled by any means as Malik has struck gold at the world championships.

So without further ado, let's find out who Priya Malik is as she gave India another reason to celebrate this weekend more than 24 hours after weightlifter Mirabai Chanu had clinched silver in the Women's 49kg category in Tokyo Olympics.

Who is Priya Malik?

Priya Malik hails from Jind in Haryana and is a student of Choudhary Bharat Singh Memorial School.  Her father Jayabhagwan Nidani is an Indian army veteran.

Priya Malik's gold medal win in Budapest is no mean feat as she has been striking gold on a regular basis. Priya Malik has won the gold medal in the 2019 edition of Khelo India in Pune and then went on to clinch gold in the very same year at the 17th School Games that were held in Delhi. Apart from these wins, Priya also won two more gold medals the following year i.e. 2020.

Meanwhile, it has also been learned that by the virtue of this outstanding win,  Priya Malik has also become the first athlete to win a gold medal for India in World Wrestling Championship.

At the same time, many fans across the country have mistakenly termed her an Olympic gold medalist on social media which might be due to sheer excitement. However, it cannot be written off that Priya Malik could well be one of India's medal hopes in the next edition of the Olympic Games which will be hosted in Paris in 2024.

India has succeeded in winning its first medal in the ongoing Tokyo Olympics 2020 but, the long wait for a gold medal continues as the Indian contingent looks to end a 13-year-drought by winning the biggest prize of the quadrennial event. The last time a gold medal came home was during the 2008 edition in Beijing where shooter Abhinav Bindra won the prized medal in the 10-meter air rifle event.