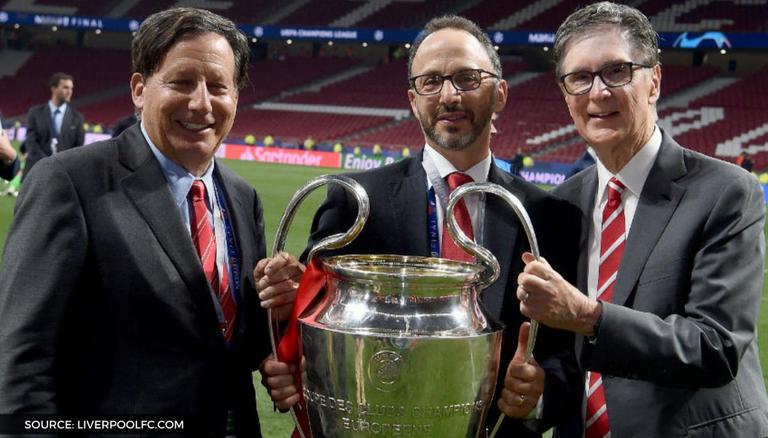 The Fenway Sports Group, more commonly known as FSG, is widely regarded as one of the most sophisticated international sports conglomerates and has stamped its mark since its inception in 2001. The group which owns Major League baseball side Boston Red Sox and Premier League side Liverpool FC among other business ventures, has achieved massive success over the years to become one of the most valuable sports empires. Here's a look at who owns Fenway Sports Group, the LeBron James Red Sox ownership and his stake in the FSG.

Los Angeles Lakers superstar LeBron James and his business partner Maverick Carter are the first black partners at FSG after expanding their investment in the group. The duo becomes FSG's first black partners and comes on the back of the $750m investment, which is set to be concluded imminently, from Gerry Cardinale's RedBird Capital Partners firm in the FSG business. The Red Sox owners may use RedBird Capital Partners’ investment to acquire other sports franchises as well as strengthening Liverpool and the Red Sox. LeBron James took a two per cent share in Liverpool in 2011, which was then worth £4.7million. According to KPMG’s recent evaluation of the Reds, it is now worth over £37million.

The FSG was created in 2001 as New England Sports Ventures (NESV) when principal owner John W. Henry joined forces with Tom Werner and other investors to successfully launch a bid to purchase the Boston Red Sox. Henry remains the principal owner of the group which became FSG, with control of 40 per cent of the shares. Tom Werner, chairman of both Liverpool FC and the Boston Red Sox, has the second-largest stake in the business, according to BBC. Other partners include newly added LeBron James and Maverick Carter, Larry Lucchino, Michael Gordon, David Ginsberg and Michael J Egan.

READ | LeBron James in the NFL? Lakers star claims Cowboys or Seahawks would have selected him

According to ESPN, FSG bought Liverpool in 2010 for $493 million and LeBron James joined in the investment for a reported $6.5 million. FSG turned down a $2.6 billion bid for the team in August 2018, leaving the Los Angeles Lakers star with tens of millions in profit from his initial investment. The Red Sox on the other hand have an estimated value is more than $3 billion, with the NBA legend getting a limited partnership. Boston are currently in the midst of the rebuild after winning the World Series in 2018 but should bounce back in style sooner having significantly improved their farm system.