Pakistan are currently on the back foot against England in the ongoing final, where they are struggling hard to defend a low score put up by their batsmen. 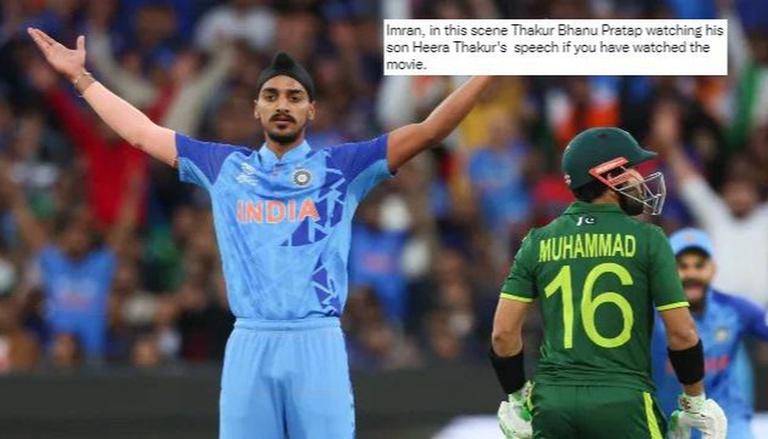 
Former Pakistan opener Imran Nazir on Sunday took to social media in an attempt to troll Indian cricket fans ahead of the T20 World Cup final between Pakistan and England. The batter's ignorant tweet, however, completely backfired as he himself was made fun of by other users on the microblogging platform. Nazir had posted a meme from the 1999 Indian film Sooryavansham, in which Amitabh Bachchan, who played Bhanu Pratap, is seen secretly entering a public gathering to watch his son Heera Thakur (who is also played by Bachchan), speak.

"They won’t tell you but they will be watching today’s big final," Nazir wrote in the caption of the post as he took a jibe at Indian cricket fans. Netizens quickly responded to Nazir's tweet by reminding the Pakistani batsman of the connection between Bhanu Pratap and Heera. Indian fans pointed out to Nazir that Bhanu Pratap was watching his son Heera's speech in the scene, which is a major fact missed by the former Pakistan batsman. Here's how internet users in India trapped the former Pakistan cricketer in his own joke.

Imran, in this scene Thakur Bhanu Pratap watching his son Heera Thakur's speech if you have watched the movie. https://t.co/6KVyLIsoDD

Pakistan are currently playing against England in the final of the T20 World Cup 2022. Pakistan reached the summit clash after defeating New Zealand in the first semifinal by 7 wickets. England advanced to the final following their 10-wicket victory over India in the second semifinal. Pakistan are currently on the back foot against England in the ongoing final, where they are struggling hard to defend a low score put up by their batsmen. England are batting at 82/3 in 11.3 overs at the time of writing this story.

Batting first, Pakistan were restricted to 137/8 in 20 overs thanks to some skillful bowling from England's pace attack. Sam Curran picked a three-wicket haul, while Chris Jordan scalped two wickets to his name. Ben Stokes also picked a wicket in the game. Adil Rashid picked two wickets as well. Shan Masood top-scored for Pakistan with 38 off 28 balls. Babar Azam and Mohammad Rizwan scored 32 and 15 runs, respectively. Shadab Khan scored 20 off 14 balls. The rest of the Pakistan batters were dismissed for single-digit scores.