Rohit Sharma has scored a total of 89 runs with a dismal average of 17.80 along with a strike rate of 109.87 in five overall matches. 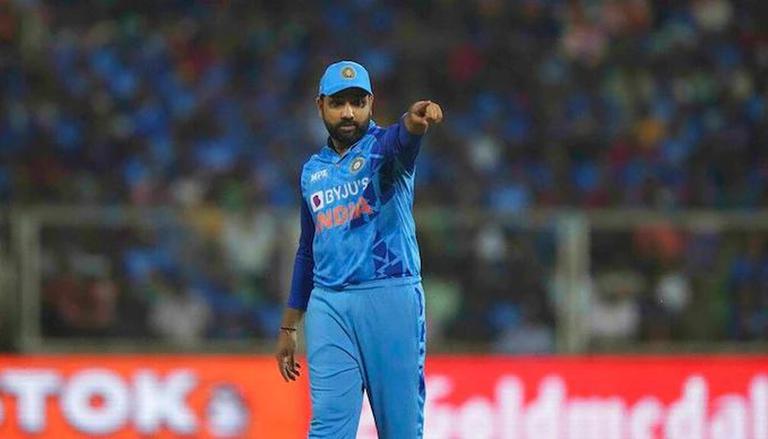 
After cruising through the Super 12 stage, Team India is set to face England in the semi-final of the T20 World Cup 2022. The India vs England semi-final match is set to be played at Adelaide, Oval on Thursday, November 8. However, ahead of the all-important clash, there was a major injury scare involving none other than talismanic captain Rohit Sharma.

According to PTI, Rohit was taking customary throwdowns from India's throw down specialist S Raghu during net session when a short ball hit his right forearm. He then hurriedly left the nets, writhing in deep pain.

Rohit tried a short arm pull and throwdowns being hurled at 150 plus speed from 18 yards climbed on him only to miss the shot by a split second.

Indian captain Rohit Sharma hit on his right hand during a practice session in Adelaide ahead of the semi-final match against England. pic.twitter.com/HA4xGJDC51

He left the session midway, with a big ice pack being tied to his right arm as he continued to look desolate and in considerable pain even while watching the training from a distance sitting on the ice box.

India's mental conditioning coach Paddy Upton was seen talking to him for a considerable amount of time.

While the extent of the injury remains unknown, the Men in Blue will be hoping that there is no serious damage as it could force him out of the crucial India vs England semi-final encounter.

At this juncture with no more than 48 hours left for the semi-final to begin, the Indian medical staff will most certainly put in their best efforts to get the skipper on the park unless there is a fracture which could possibly rule him out of the playing XI.

However, it was reported that there was no serious damage to India's hopes as Rohit could be spotted resuming play a few minutes later.

Speaking of form, Rohit Sharma has struggled with his form in the ongoing edition of T20 World Cup. Leaving aside the 53-run knock against the Netherlands, the 'hitman' has not had the best of the tournament and has failed to make a significant contribution with the bat so far.

In five matches, the skipper has scored a total of 89 runs with a dismal average of 17.80 along with a strike rate of 109.87. The Men in Blue will be hoping for their star opener to fire in an all-important India vs England semi-final and guide them to the Final.