Suryakumar Yadav reaffirmed his status as world's number one T20 batter with another piece of gem to propel India to 186 for five in their final T20 World Cup group league game against Zimbabwe on Sunday. 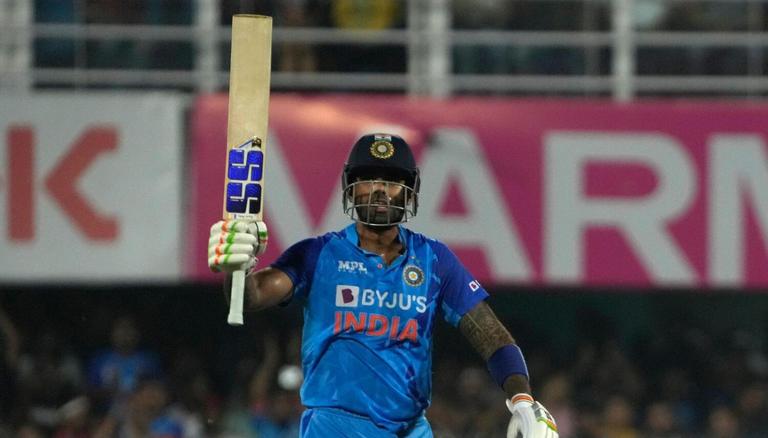 
Suryakumar Yadav reaffirmed his status as world's number one T20 batter with another piece of gem to propel India to 186 for five in their final T20 World Cup group league game against Zimbabwe on Sunday.

Surya smashed an unbeaten 55 off 24 balls with the help of six fours and four sixes. The last five overs yielded as many as 79 runs and bulk of them were scored by the Mumbaikar.

The casual ramp shot to guide left-armer Richard Ngarava’s full-toss behind third-man, the slog sweep behind square using the pace of the delivery or the imperious inside out loft over extra cover of Tendai Chatara, Surya oozed class with each and every shot.

But certainly, the unforgettable ones were the last over slog sweeps off Ngarava as Surya fetched the deliveries outside the off-stump and deposited them behind deep fine leg. If that was not enough, he finished with a six over fine leg. Zimbabwe’s slow bowlers – left-arm spinners Wellington Masakadza (0/12 in 2 overs), Sikandar Raza (1/18 in 3 overs) and Sean Williams (2/9 in 2 overs) did a terrific job between overs 7 to 15 as they literally bottled up the peerless Virat Kohli (26 off 25 balls).

But Surya and Hardik Pandya (18 off 18 balls) added 65 in just 5.5 overs to negate the good work done by Craig Ervine’s slow bowlers.

The pull-shot, which over the years brought a lot of laurels, contributed to Rohit Sharma’s (15) downfall once again as he was slightly late to launch into a short ball from Muzarabani and was caught at square leg boundary.

Kohli strode in purposefully and the first delivery by Muzarabani was clipped off his legs for a boundary but the classic ‘hold your pose’ shot was a short-arm whip of spinner Wellington Masakadza but did get stuck against the Zimbabwean spinners post Powerplay.

Veteran Williams finally got him when the batter came too close to the pitch of the delivery for a lofted drive to be caught at at long-off.

Having played a maiden over first up off Richard Ngarava, Rahul finally teed off with a six behind square off the same bowler and since then looked a different player till he completed his second fifty of the competition.

A back-cut off Muzarabani gave him enough confidence before he launched into Ryan Burl’s short-pitched deliveries – first a six over long-on and the second slog-sweep just fell inside the ropes.

A straight third six into the sight screen of a SikandarRaza long-hop brought his second fifty off 33 deliveries before going for a second one over long-off brought about his downfall.

Rishabh Pant (2)’s confidence after being dropped had dipped and it showed as he departed quickly before Surya changed the course of the innings.