Why Did India Exit World T20 2012 Despite Beating Proteas In The Final League Stage Match?

India is all set to clash against South Africa in the Super 12 match at the ongoing ICC Men’s T20 World Cup 2022. Know what happened when they met in 2012. 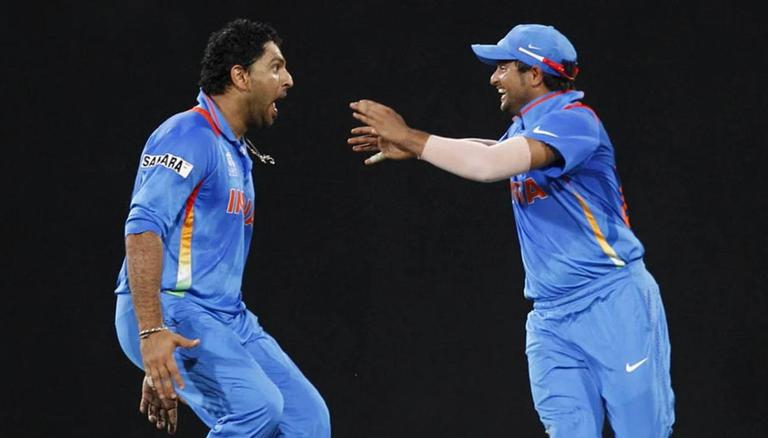 
The Indian cricket team is up against South Africa in the Super 12 match at the ongoing ICC Men’s T20 World Cup 2022 in Perth on Sunday evening. India head into the match after defeating Pakistan and Netherlands so far in their campaign. Meanwhile, South Africa is one of the strongest teams in tournaments, which can present a challenge to the Rohit Sharma-led Team India.

India have notably won four out of five games against the Proteas side in the T20 World Cup history from 2007 to 2014. While the Men In Blue have won against South Africa in 2007, 2010, 2012, and 2014 editions, they suffered the lone loss in 2009. One of the most interesting matchups between the two heavyweights in the World T20 came in 2012 when India won the final league stage match and still failed to qualify for the knockout stage.

What happened when India and South Africa clashed in World T20 2012?

MS Dhoni led India to a 1-run victory over the Proteas men at the RPS stadium in Colombo after defending their first-innings total of 152/6. Yuvraj Singh contributed with 21 off 15 and 2/23 to take India through to their second win in the league stage. However, India still failed to advance to the knockout stage as they had a less superior net run rate (NRR) than Australia and Pakistan.

India finished the league stage with two wins and a loss with four points to their name with NRR -0.274. Australia topped the Group 2 table with equal no. of wins and points but an NRR of 0.464. Pakistan also won an equal number of games but had a superior NRR than the Men in Blue. South Africa, on the other hand, finished at the bottom of the table with three consecutive losses in the league stage.

Sri Lanka qualified for the finals after defeating their Asian counterparts Pakistan by 16 runs in the first semi-final. In pursuit of their maiden T20 World Cup title, West Indies claimed a 74-run win against Australia and joined Sri Lanka in the summit clash. The Caribbean side was crowned champions after winning the match by 36 runs under the leadership of Darren Sammy.

Meanwhile, South Africa have won one match so far in the Super 12 stage of ICC Men’s T20 World Cup 2022. They sit third in the Group 2 standings with three points after one of their matches was washed out due to rain. India meanwhile top the standings with two wins from two games and an NRR of +1.425.