Ankita Raina vs Anastasia Rodionova live stream: This is the first meeting between both players and the qualifying match will begin at 3:20 PM IST. 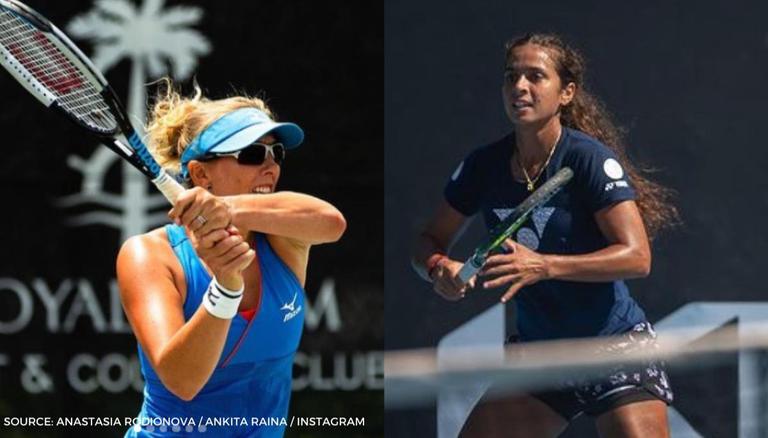 
The second Grand Slam of the year, the French Open 2021, is all set to get underway on Monday, May 24 with qualifying matches for the main draw. The qualifying rounds of the Grand Slam event will be held from Monday, May 24 to Friday, May 28 and will be followed by the main draw from Sunday, May 30 to Sunday, June 13. Top Indian singles tennis players Sumit Nagal, Prajnesh Gunneswaran, Ramkumar Ramanathan and Ankita Raina will be part of the French Open 2021 qualifiers. The Indian campaign will start off with Ankita Raina taking on Anastasia Rodionova in her first qualifying match.

Raina is currently the No. 1 ladies singles player in the country and on the WTA Circuit she is ranked 160 in singles, while in doubles she is ranked 93 in the world. At this year's Australian Open she went down in her final qualifying match of the tournament to Olga Danilovic from Serbia in the singles category. However, she made history by becoming the fifth Indian woman to qualify for the main draw of a Grand Slam when she played the first round doubles at the Australian Open.

Apart from qualifying for the doubles event at the Australian Open, Raina recently won her first WTA title in doubles along with her doubles partner Kamilla Rakhimova from Russia. In the final of the Phillip Island Trophy in Melbourne, the pair defeated the Russian pair of Anna Blinkova and Anastasia Potapova in the final. She is yet to make an appearance in the main draw of the Grand Slam event in the singles category.

READ | French Open 2021 live telecast in India, prize money, schedule and all you need to know

The Ankita Raina vs Anastasia Rodionova live stream of the French Open qualifying match will begin at 3:20 PM IST. This is the first meeting between both of these players on the WTA circuit. The winner of this match will then face either Urszula Radwańska or Greet Minnen in the second round of qualifiers.

READ | French Open 2021 live stream and telecast: Where to watch in UK, USA, Canada and France?

Coming to Sumit Nagal ranking, the Jhajjar-born player is ranked No. 1 in India while his ATP tour ranking in singles currently stands at 143 in the world.

READ | Is Dominic Thiem falling flat due to his over-confidence? Fans worry ahead of French Open
READ | Rafael Nadal shows off acting and football skills in fun promo ahead of French Open: WATCH
First Published: 24th May, 2021 13:43 IST
SUBSCRIBE TO US