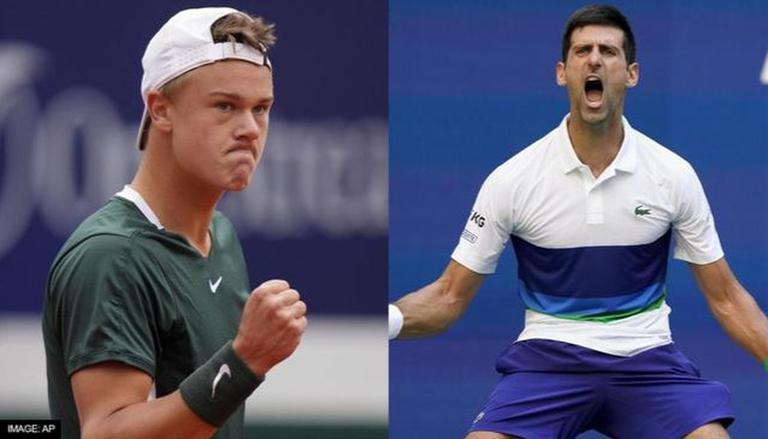 
Novak Djokovic, a 21-time Grand Slam champion, is all set to face 19-year-old rising star Holger Rune in the ATP Paris Masters Finals on Sunday, November 6. The clash will commence live at 7:30 pm IST. Ahead of what promises to be an enthralling clash between two players of two different generations, here is a look at the Novak Djokovic vs Holger Rune head-to-head record and other interesting stats.

Heading into this match, Novak Djokovic and Holger Rune have just met on one occasion previously, with the former coming out on top on that occasion. The two met at the US Open in 2021 when the Serbian beat the Danish international by a scoreline of 6-1, 6-7 (5), 6-2, 6-1.

Novak Djokovic is set to play a record 56th ATP Masters 1000 final after coming out on top in a nail-biting semi-final clash against world number five Stefanos Tsitsipas. The Serbian defeated the Greek international by a scoreline of 6-2, 3-6, 7-6 (4), a match that lasted 142 minutes. Considering Djokovic's form, it is unlikely that he would be stopped from winning a record-extending seventh title at this venue.

As for Holger Rune, he is heading into this clash on the back of some outstanding form himself. The 19-year-old has won 18 of his past 20 matches and has beaten the top 10 opponents in his last four consecutive games. He beat world number 10 Hubert Hurkacz (Round of 32) and world number seven Andrey Rublev (Round of 16) in straight sets before recording a win over world number one Carlos Alcaraz (quarter-finals), who had to, unfortunately, retire due to an injury. However, his most dominating performance came against world number eight Felix Auger-Aliassime, who he beat by a scoreline of 6-4, 6-2.