Federer Vs Istomin Live: How To Watch French Open Live In India? Prediction And News

Roger Federer will go up against Uzbekistan's Denis Istomin in a Round 1 match of the French Open 2021. Here are the Federer vs Istomin live stream details. 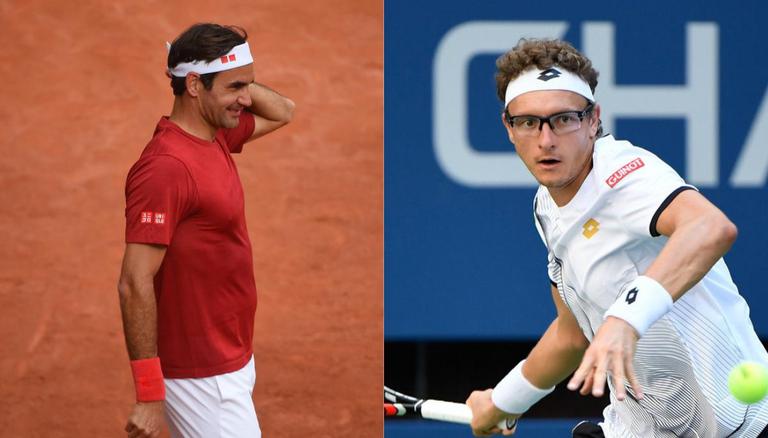 
World No. 8 Roger Federer will go up against Uzbekistan's Denis Istomin in a Round 1 match of the French Open 2021. The match is scheduled to begin at 7:30 PM IST (4:00 PM local time) on May 31, from Court Phillippe-Chatrier. Here are the Federer vs Istomin live streaming details, how to watch French Open live in India details, the Roger Federer next match preview and our head to head details for the encounter.

An early showdown awaits fans as the 'Swiss Maestro' Roger Federer takes on the Uzbek challenger Denis Istomin in his first match at the French Open 2021. It's been an odd year for Federer, who has been unable to make a mark in the two tournaments he has played this year - the Qatar Open and the Geneva Open. The former World No.1 and 20-time Grand Slam champion has been missing from the ATP Tour due to long drawn injury concerns.

Federer's last major tournament was the Australian Open 2020, where he was ousted by the eventual champion Novak Djokovic, in the semi-final. His long-awaited return to the fold ended in an anti-climax, as he lost to Georgia's Nikoloz Basilashvili in the quarter-finals at Qatar. Having waited and prepared for nearly two months after the loss, Federer's second comeback, at the Geneva Open also ended underwhelmingly, as he fell in the very first round to Spain's Pablo Andujar.

Meanwhile, World No.204 Denis Istomin, will hope to pull off another big upset at the French Open 2021 by pulling through to the second round of the event. The 34-year-old has had an average year, failing to go past Round 2 at any of the various challenger events he has participated in. His best performances at the French Open have been Round 2 appearances. While he may not seem like the one to take Federer down, Istomin has been responsible for his fair share of major upsets - including a Round 2 win over Novak Djokovic at the 2017 Australian Open.

This will be the eighth career singles meeting between Roger Federer and Denis Istomin. The current head-to-head between the two players stands at 7-0, giving the Swiss Maestro a huge advantage going into the match. The last match between the two men came in Round 1 of the Australian Open 2019. Federer won in straight sets. Federer and Istomin have never met on clay.

While this significant head to head advantage, coupled with Federer's much higher ranking may make it tempting to predict an easy win for him in this game, the Swiss Maestro's record this year has been less than impressive. However, considering Istomin's even worse record so far in 2021, our Roger Federer match prediction will be a straight-set win for the 20-time Grand Slam champion.

WE RECOMMEND
Who is Pablo Andujar? All you need to know about tennis world's latest sensation