There will be something new greeting fans as they walk into Court Phillippe-Chatrier to watch the King of Clay take the court at the French Open 2021. 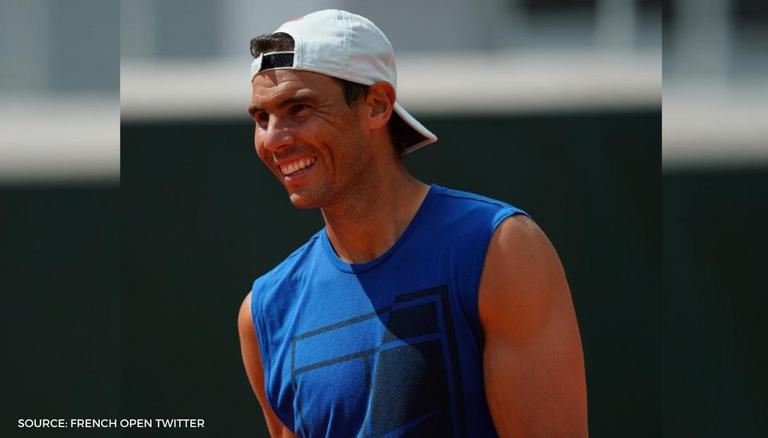 
Rafael Nadal's home away from home, the Stade Roland-Garros in Paris, has chosen to confer its most iconic player with a rare honour. With 13 championship titles at the Slam, the Rafael Nadal French Open record is one of the defining partnerships of the tennis world, with no other player finding such consistent success at any event in the sport, ever. Coming into this season as the defending champion, the Spaniard's relationship with the Slam is set to become all the more special as a title this year could see the Rafael Nadal Grand Slams collection go up to 21 - a record in Men's tennis.

Honouring the names behind the most illustrious pages in the history books, both on and off the court. @rafaelnadal takes some time to meet the new statues at #RolandGarros.

There will be something new greeting fans as they walk into Court Phillippe-Chatrier to watch the 'King of Clay', Rafael Nadal take the court on Sunday, May 30. A special tribute to one of their most enduring legacies, the stadium unveiled a massive statue of Rafael Nadal on May 27. The statue - designed by famed Spanish sculptor Jordi Diez Fernandez - is made entirely of steel. Standing 3 metres tall, 4.89 metres wide and 2 metres deep, the sculpture has been placed next to the new “general public” entrance gate and the Jardin des Mousquetaires.

Part of a series of statues celebrating some of the most consequential influencers of tennis in France, the Rafael Nadal statue stands beside some absolute legends. This includes aviator Roland Garros - who lends his name to the Slam - and the Four Musketeers - Jean Borotra, Jacques Brugnon, Henri Cochet and Rene Lacoste - in whose honour the French Open Men's singles trophy is called the Coupe des Mousquetaires. The Rafael Nadal French Open 2021 run is set to begin with a match against Australian youngster Alexei Popyrin on May 30.

Now Rafa never has to leave 😁

Having played each other a massive 40 times, the Rafael Nadal vs Roger Federer head to head currently stands at 24–16, strongly in favour of Nadal. Since their first meeting at the Miami Masters in 2004, when the then 17-year-old Nadal got the better of Federer, Nadal has an insurmountable 14–2 lead over the Swiss Maestro on clay. Meanwhile, Federer leads on hard courts 11-9 and grass 3–1. The last meeting between the two came at the Wimbledon 2019 semi-finals when Federer won in 4 sets. The Rafael Nadal Grand Slams count at the moment is the same as Roger Federer's, 20. It is possible that the duo meet in the semi-finals of the French Open this year, provided Federer beats another arch-rival, Novak Djokovic, who is very likely to also make it in the quarter-final of the same draw.