Winning the US Open 2021 title would have helped Novak Djokovic move ahead of his fiercest rivals Roger Federer and Rafel Nadal with 21 Major wins. 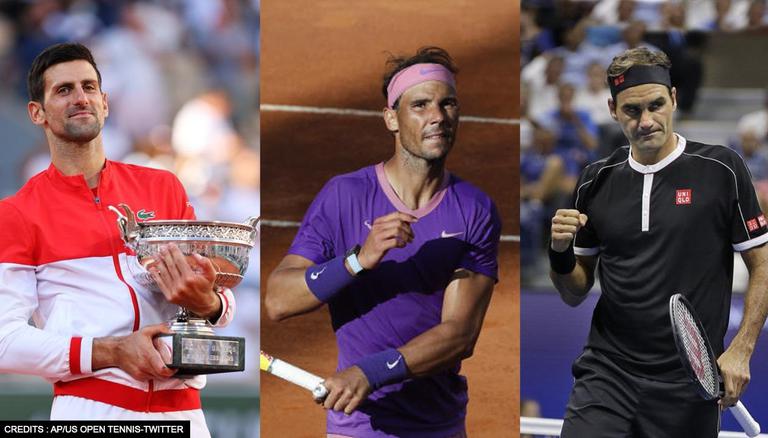 
Novak Djokovic's dream of winning the US Open 2021 and completing the calendar Grand Slam was crushed by Russia's Daniil Medvedev who defeated him in straights sets on Sunday. The Serbian was left in tears following the loss however he congratulated Daniil Medvedev for his success. The loss at the US Open 2021 final meant Novak Djokovic also missed out on moving ahead of Roger Federer and Rafael Nadal as the man with the most Major title wins in history. However, the Serbian has warned that he is yet to finish winning the title.

The win in the final at Flushing Meadows would have helped Novak Djokovic move ahead of Federer and Nadal with 21 Major wins. Despite missing out on the chance to make history this year, the 34-year-old remains confident of winning more Grand Slam titles moving forward while also admitting that there was a new generation of talent taking over.

The race continues in 2022 👀 pic.twitter.com/XYD9ms7vSu

Speaking in the press conference post US Open 2021 final loss, Novak Djokovic said, "I want to keep going and try to win more Slams and play for my country, those are the things that motivate me the most at this point. Transition is inevitable, but us older guys, we are still there but I think tennis is in good hands."

During the trophy presentation ceremony, Djokovic addressed the spectators and shared his appreciation for the support he received, saying he had never felt like this. He said, "I would like to say that tonight, even though I have not won the match, my heart is filled with joy and I am the happiest man alive because you guys made me feel very special on the court. You guys touched my soul. I have never felt like this is New York. I love you guys. Thank you so much for your support and everything you have done tonight for me. I love you and I will see you soon. Thank you."

Daniil Medvedev, who had lost to Djokovic in the Australian Open final earlier this year, labelled him the "greatest tennis player in history." The US Open 2021 winner said, "First of all, I want to say sorry for you fans and Novak because we all know what he was going for today and I just want to say, what you accomplished this year and throughout your career, I never said this to anybody, but right now for me, you are the greatest tennis player in the history."