No Vax, Djokovic? Novak Djokovic To Be Deported From Australia Before 21st Grand Slam Bid In Anti-vax Row 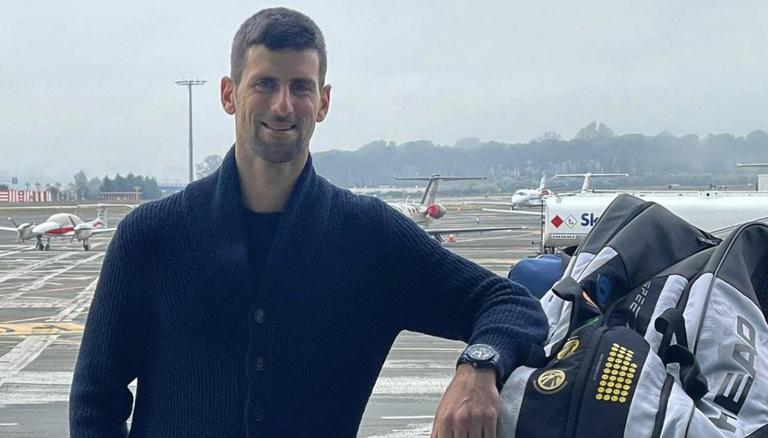 
Australia has cancelled the visa of Men's Tennis World number 1 Novak Djokovic who had secured a medical exemption from the country's government in order to participate in the Australian Open despite allegedly being unvaccinated and admittedly unwilling, Australian media reported early on Thursday. Djokovic has in the past stated his opinion against vaccines and is said to have remained tight-lipped on his vaccination status.

The Australian Border Force issued a statement saying Djokovic failed to provide appropriate evidence to meet entry requirements and “his visa has been subsequently canceled.” Australian media reported that Djokovic’s team had applied for the wrong type of visa for a person with a medical exemption.

The Serbian is seeking an unprecedented 21st Grand Slam victory which would him move one ahead of Roger Federer and Rafael Nadal, an event that may prove decisive in settling one of the greatest rivalries in professional sports. However, as things stand, Djokovic is set to be deported from down under.

The 34-year old will appeal the ruling, reports added. Djokovic had won the first three grand slams of 2021 and reached the final of the Men's singles at the Olympics, but lost in Tokyo and then again in the US Open at Flushing Meadows, losing out on a Golden Slam and the all-time tag. After months of speculation, Djokovic announced he had secured a medical exemption that would let him participate irrespective of whether he was vaccinated or not but was later stopped upon arrival in Melbourne.

Serbian President Aleksandar Vucic said on Instagram that he spoke to Djokovic while he was being held at the airport, and added that Serbian authorities were taking measures “so the harassment of the best tennis player in the world be stopped in the shortest possible time.” Djokovic’s father, Srdjan Djokovic, told the B92 internet portal that his son was held “in a room which no one can enter” at the airport, guarded by two policemen.

Critics had questioned what grounds he could have for the exemption and backers argued he has a right to privacy and freedom of choice. Among the reasons allowed for those applying for a vaccination exemption can include acute major medical conditions, serious adverse reaction to a previous dose of a COVID-19 vaccine, or evidence of a COVID-19 infection within the previous six months.

Djokovic tested positive for the coronavirus in June 2020 after he played in a series of exhibition matches that he organized in Serbia and Croatia without social distancing amid the pandemic.

Australian Prime Minister Scott Morrison initially said the medical exemption decision was a matter for the government of Victoria, where Melbourne is the state capital.

Happy New Year! Wishing you all health, love & joy in every moment & may you feel love & respect towards all beings on this wonderful planet.

I’ve spent fantastic quality time with loved ones over break & today I’m heading Down Under with an exemption permission. Let’s go 2022! pic.twitter.com/e688iSO2d4

“They have provided (Djokovic) with an exemption to come to Australia, and so we then act in accordance with that,” Morrison said. “States provide exemptions for people to enter on those basis, and that’s been happening for the last two years.”

“While the Victorian government and Tennis Australia may permit a non-vaccinated player to compete in the Australian Open, it is the Commonwealth government that will enforce our requirements at the Australian border,” Andrews said. “If an arriving individual is not vaccinated, they must provide acceptable proof that they cannot be vaccinated for medical reasons to be able to access the same travel arrangement as fully vaccinated travelers.”

When asked again about Djokovic’s case, Morrison added: “If that evidence is insufficient, then he won’t be treated any different to anyone else and he’ll be on the next plane home.”

“And so if medical exemptions had been provided by medical professionals and that’s been furnished to him as a proviso for him to get on that plane, well, that will have to stack up when he arrives in Australia,” the prime minister said.