World number one Novak Djokovic will take on Matteo Berrettini at the iconic Arthur Ashe Stadium on Wednesday night for their quarter-final clash. 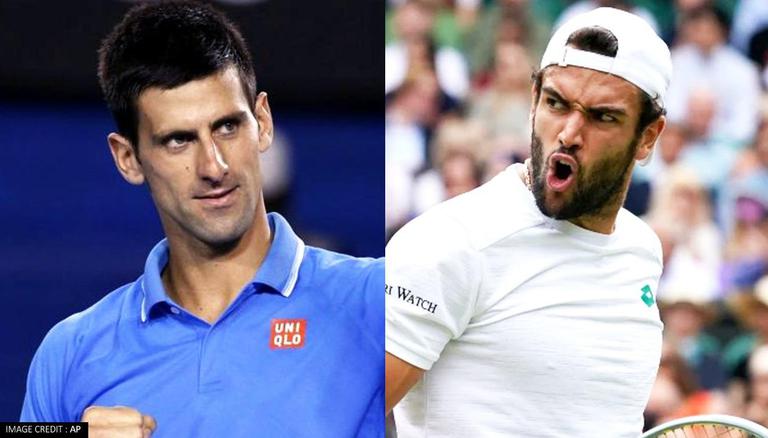 Djokovic has all to play for as he is just three matches away from completing the Calendar Grand Slam (winning all four Grand Slams in a year). Meanwhile, Berrettini will be motivated as well since he will be looking to avenge his loss at Wimbledon. Ahead of the clash, here is a look at how to watch US Open 2021 live in India, and the Djokovic vs Berrettini live streaming details.

As the US Open 2021 gets to the business end of the tournament, the matches also get more competitive and fierce. Matteo Berrettini, who is currently ranked eighth in the world, has had an outstanding 2021 as he not only reached his first Grand Slam final but also won his first ATP 500 title at the Queen's Club Championships. However, he will now face his toughest challenge of the competition so far against Novak Djokovic, who is hungrier than ever.

The world number one will not only look to complete the Calendar Grand Slam but also aim to win his 21st Grand Slam overall at the US Open. If Djokovic does win the US Open 2021, he will stand alone with 21 Grand Slams, one ahead of arch-rivals Roger Federer and Rafael Nadal. However, he will face a tough challenge against Berrettini, despite having a win/loss record of 3-0 against him.

Fans wondering how to watch US Open 2021 live in India can tune into the Star Sports network, which has the official broadcasting rights to the games. The Novak Djokovic vs Matteo Berrettini game can be watched live on Star Sports Select 1 or 2 SD/HD. As for the Djokovic vs Berrettini live streaming, fans can tune into the Disney+ Hotstar app. Meanwhile, fans can also track the live updates of the Novak Djokovic vs Matteo Berrettini match on the social media handles of the US Open.