Rafael Nadal admitted that the road to recovery following surgery of his foot injury is going to be tough but, he is still optimistic about his return soon. 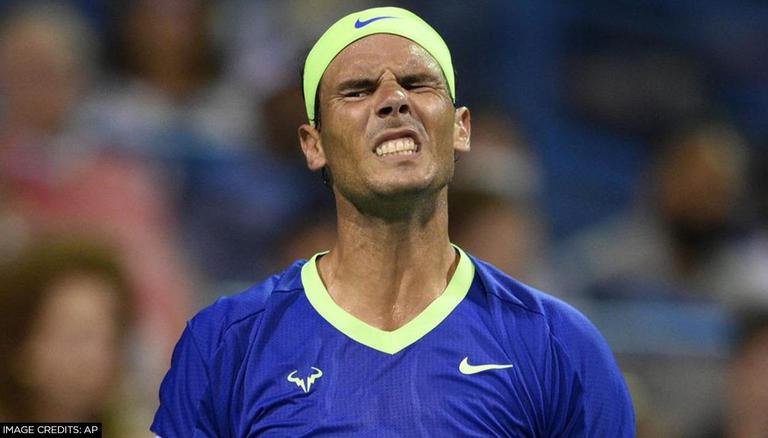 
Legendary tennis player Rafael Nadal admitted on Wednesday, September 15, that his recovery from the recent surgery of his foot injury is going to be difficult and painful, as he has already pulled out the current season. The 20-time Grand Slam champion put his thoughts forward about the concerns over his injury during the presentation of a documentary on his tennis academy. At the ceremony, Nadal said that he looks forward to improving and facing the recovery-comeback process, which is going to be difficult in some ways and painful in others. However, he said that he has to go through the pain in order to fight for what he wants. He also added that one has to be realistic as the 'clock is ticking'.

Earlier on September 11, Nadal took to his official Instagram handle to provide an update about his injury. In the post, Nadal said that the reason he has been absent from his social media is that he was in Barcelona to receive treatment for his foot injury. He also added that he will return to the court once he takes a few weeks off and recovers from the injury. He concluded by expressing gratitude for all the support he has received and revealed that he is at his home for the recovery process.

Rafael Nadal earlier missed the Wimbledon Championship, the Tokyo Olympics 2020, and the US Open 2021 due to his injury. The injury recurred during the French Open 2021, where he lost to Novak Djokovic in the semifinals. Djokovic eventually went on to win the title. However, he pulled out of the remainder of the 2021 season citing his issues with his foot. Nadal dropped out of the ATP players’ top-five rankings by slipping to sixth place. In the current season, Nadal has won the 2021 Barcelona Open by defeating the current world no. 3 ranked player Stefanos Tsitsipas in the finals and the Italian Open title by defeating the world no. 1 Novak Djokovic in the finals. Nadal finds himself at sixth place in ATP players rankings behind the likes of Djokovic, Daniil Medvedev, Tsitsipas, Alexander Zverev, and Andrey Rublev.

WE RECOMMEND
Rafael Nadal to sit out for rest of 2021 season due to foot injury; confident on comeback
Novak Djokovic sends message to Roger Federer, Rafael Nadal after US Open 2021 final loss
ATP Tour: Rafael Nadal on road towards recovery after foot treatment in Barcelona
Rafael Nadal crashes out of Top 5 in ATP Rankings as Spaniard recovers from foot injury
Rafael Nadal opens up about relationship with rivals Federer, Djokovic: 'We are in touch'
Listen to the latest songs, only on JioSaavn.com