Roger Federer Posts First Update After Announcing Retirement: 'Who Would Have Thought....'

Roger Federer in his retirement statement revealed that he will miss everything that the tour has given him throughout his illustrious career. 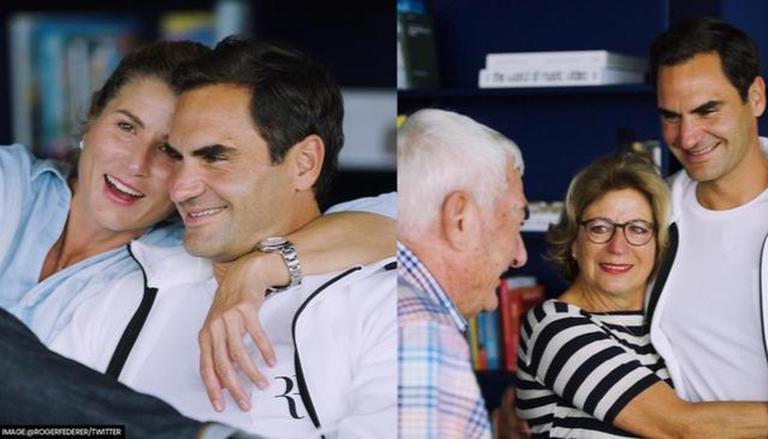 
Roger Federer on Thursday announced his retirement from tennis with the upcoming Laver Cup being the final tournament of his illustrious career. The 2022 Laver Cup, is slated to begin on September 23 which will see Team Europe lock horns against Team World and will consist of players from all over the world. Federer has not played any competitive matches since last year's Wimbledon as he underwent knee surgery and has been under rehabilitation since then. Post the retirement announcement, Federer made yet another tweet revealing how he felt while announcing the news of his retirement.

Roger Federer thanks his parents and wife Mirka

The 41-year-old had called the announcement of his retirement a "bittersweet decision". In his statement, Federer revealed that he will miss everything that the tour has given him throughout his illustrious career. In the latest tweet, Roger Federer wrote about feeling great to make the announcement of his retirement in the company of his parents and wife. He wrote, " It was beautiful to release the news surrounded by my Mum and Dad and Mirka. Who would have thought that the journey would last this long. Just incredible!"

It was beautiful to release the news surrounded by my Mum and Dad and Mirka. Who would have thought that the journey would last this long. Just incredible! pic.twitter.com/0rRAMRSaRu

Having made his ATP Tour debut in 1998  the former world no.1 went on to win 20 Grand Slams, six  ATP Finals, 28 Masters 1000 titles. The Swiss legend registered wins in 1151 matches and stayed 237 consecutive weeks as the world's no.1 player.  Federer in his retirement speech wrote, "This is a bittersweet decision, because I will miss everything the tour has given me. But at the same time, there is so much to celebrate. I consider myself one of the most fortunate people on Earth. I was given a special talent to play tennis, and I did it at a level that I never imagined, for much longer than I ever thought possible,"

READ | Roger Federer's legacy extends far beyond records, but what makes him the king of grass?

He added, "When my love of tennis started, I was a ball kid in my hometown of Basel. I used to watch the players with a sense of wonder. They were like giants to me and I began to dream. My dreams led me to work harder and I started to believe in myself. Some success brought me confidence and I was on my way to the most amazing journey that has led to this day. So, I want to thank you all from the bottom of my heart, to everyone around the world who has helped make the dreams of a young Swiss ball kid come true. Finally, to the game of tennis: I love you and will never leave,"