Novak Djokovic will play his first match at Rome Masters 2021 while Taylor Fritz defeated Britain's Daniel Evans in his first round match at the tournament. 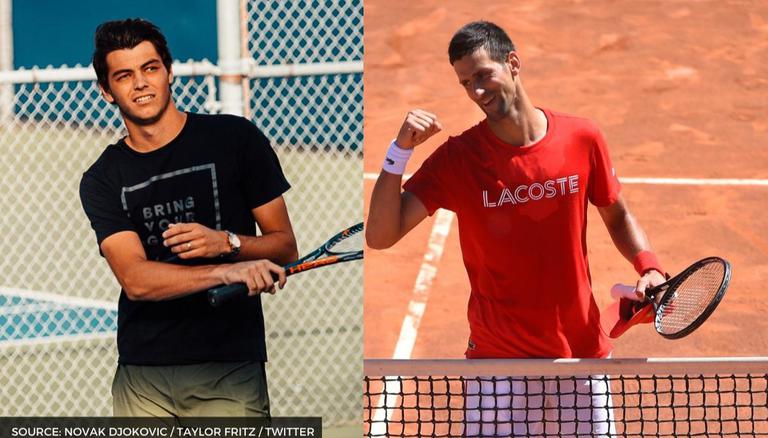 
After withdrawing from the recently concluded Madrid Open 2021, Novak Djokovic will be seen back in action on court at the ongoing Rome Masters 2021. The World No.1, who received a bye in the opening round, will take on American Taylor Fritz in his second round encounter. Taylor Fritz defeated Daniel Evans in his first round match. The Djokovic next match is scheduled to begin at 4:05 PM IST (12:35 PM local time) from the centre court. Here are the Djokovic vs Fritz live streaming details, how to watch the Rome Masters live in India and Djokovic vs Fritz head-to-head record.

After winning the 2021 Australian Open title, Novak Djokovic has played just two tournaments on clay surface in the build-up to the Rome Masters 2021. The Serbian was knocked out by UK's Daniel Evans in Round of 16 at the Monte Carlo Masters. His next assignment was an ATP event in Belgrade where the World No.1 lost to Aslan Karatsev of Russia in the semi-final. It will be intersting to see how deep Djpkovic goes in the Rome Masters 2021 tournament.

Fritz, on the other hand, had made a good start to the season, reaching the Round of 32 at the Australian Open where he lost to Novak Djokovic. He then went all the way till the semi-finals of the ATP event in Doha and Italy. At the ATP Masters in Miami, he was knocked out in the Round of 16 by Alexander Bublik. He did not have a great ATP Masters tournament in Monte Carlo and Mardid where he was knocked out in the first round. Despite making early exit from last two tournaments, the World No.31 will look to put up a good performance against Djokovic , ho is also coming into the tournament on the back of mixed results in the buildup to the French Open.

Novak Djokovic currently holds the upper hand in the head-to-head record between these two players. The Serbian holds a 3-0 advantage and will look to make it four wins against his American opponent at Rome Masters 2021. The first meeting between the two was in 2019 at the ATP Masters 1000 Monte Carlo in which Djokovic knocked out Fritz in the round of 16 with 6-3,6-0 scoreline.

Coming to the official live streaming service for fans in India, the Rome Masters will be live on TennisTV or ATP Tour on Facebook. Fans can follow the live scores for the Novak Djokovic vs Fritz matches on the websites and social media pages of the ATP.