Serena Williams Pulls Out Of US Open 2021, Reveals She's 'healing From Torn Hamstring'

Serena Williams announced her withdrawal from US Open, 2021 which is set to commence on Aug 30. Via an Instagram post, she stated the reason - torn hamstring 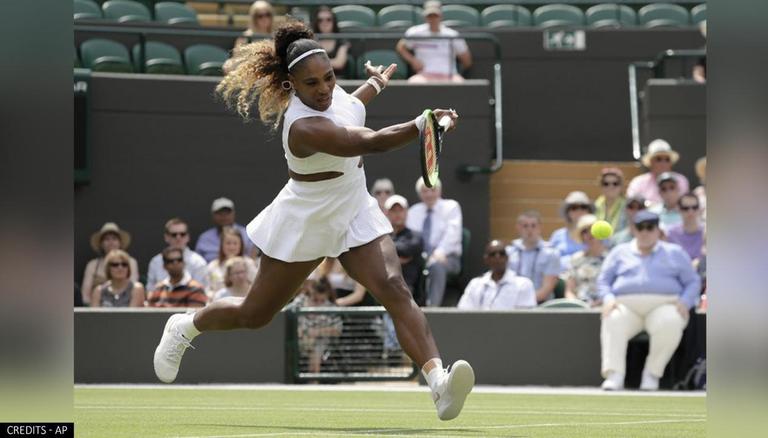 
In a breaking development, veteran star Serena Williams announced her withdrawal from the US Open 2021 set to commence on August 30 citing a hamstring injury. Taking to her official Instagram handle, Serena Williams explained why she opted out of the tournament and revealed that she had received advice from her doctor and the medical team on torn tendons at the back of her knee.

What happened to Serena Williams?

Taking to Instagram, the 39-year-old celebrated Tennis player shared, "After careful consideration and following the advice of my doctors and medical team, I have decided to withdraw from the US Open to allow my body to heal completely from a torn hamstring. New York is one o the most exciting cities in the world and one of my favourite places to play- I'll miss seeing the fans but will be cheering everyone on from afar. Thank you for your continued support and love. I'll see you soon."

Serena Williams' quest for a 24th career Grand Slam was prolonged after an ankle injury forced her to retire from the grass-court during her Wimbledon first-round match with Aliaksandra Sasnovich of Belarus on June 29. Serena Williams had to forfeit her first-round Wimbledon 2021 match as she left the court in tears after injuring her ankle.

We're heartbroken for you, Serena.

Our seven-time singles champion is forced to retire from The Championships 2021 through injury#Wimbledon pic.twitter.com/vpcW1UN78s

The seven-time Wimbledon champion officially confirmed her ouster from the ongoing tournament and said that it is indeed 'heartbreaking' for her to exit the tournament in this manner after having injured her right leg.

"I was heartbroken to have to withdraw today after injuring my right leg. My love and gratitude are with the fans and the team who make being on the centre court so meaningful", wrote Williams on her official Instagram page.

"Feeling the extraordinary warmth and support of the crowd today when I walked on - and off - the court meant the world to me", she added.

Serena Williams has been stranded on 23 Grand Slams since the 2017 Australian Open. The sixth-seed player looked to win her eighth Wimbledon crown but this injury has kept the future Hall of Famer waiting. At the same time, Serena had also confirmed that she would not be participating in the Tokyo Olympic Games.

The prestigious Tokyo Olympics was called off last year owing to the global pandemic and prior to that Williams had made two final appearances in the 2018 & 2019 editions to finish second-best after going down to  Angelique Kerber and Simona Halep respectively.

WE RECOMMEND
Nadal out of US Open, ends season to heal injured foot
Barty: 'I've got the game for US Open' as she reflects on 'incredible week'
US Open: Alexander Zverev insists Novak Djokovic ‘still the favourite to win the title’
Sumit Nagal vs Juan Pablo Ficovich LIVE Streaming: How to watch US Open Qualifiers match?
US Open champs get lowest payout since 2012; total prizes up