Stefanos Tsitsipas has said that he will not get vaccinated until it has been made mandatory on tour, he understands that he will eventually have to get it. 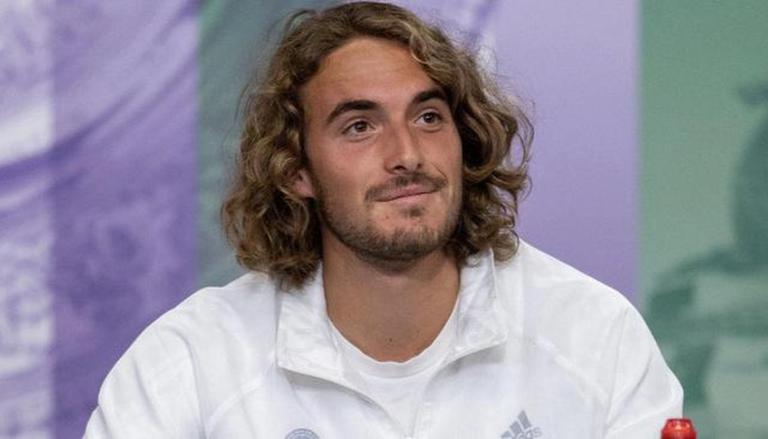 
World number three Stefanos Tsitsipas said he would only get vaccinated until it is made mandatory by the Association of Tennis Professionals (ATP). He did say that he probably will have to get it sometime in the future, but he will avoid it until it is compulsory. According to CNN, the men's ATP tour has been publicly encouraging players to get vaccinated but the 23-year-old is among the few players who have certain doubts about it.

"No one has told me anything. No one has made it a mandatory thing to be vaccinated," he told reporters when asked if he would seek a vaccine while competing in the US. "At some point, I will have to, I'm pretty sure about it, but so far it hasn't been mandatory to compete, so I haven't done it, no," added Tsitsipas, who received a first-round bye in the Masters 1000 tournament in Cincinnati.

The Covid-19 vaccine has divided opinion within tennis as certain players have expressed their reservations on getting vaccinated. World number one Novak Djokovic said in April that he hoped the Covid-19 vaccine would not become mandatory for players to compete and did not answer questions regarding his own vaccination status.

"I don't think it'll come to that. I hope not, because I've always believed in freedom of choice," Djokovic said when asked by reporters at the Serbian Open, as per Reuters. "And I will keep the decision as to whether I'm going to get vaccinated or not to myself," he said. "It's an intimate decision, and I don't want to go into this game of pro and against vaccines, which the media is, unfortunately, creating these days. I don't want to be labelled as someone who is against or who is for vaccines. I'm not going to answer the question and hope that everyone will respect that."

Stefanos Tsitsipas said he is in great shape after he rose to World Number three in the FedEx ATP Rankings last week and is looking to push further up. He also mentioned that he is looking to have a strong run this week at the Western & Southern Open after reaching the semi-finals at the National Bank Open in Toronto.

Tsitsipas has recorded 45 victories this season, which makes him the current tour leader, and that in turn has helped him reach his goal of cracking the top three but Tsitsipas is aiming for higher in the coming weeks, saying that his next step is the number one spot.

“No. 3 is a number that is very significant and it holds a big importance,” Tsitsipas said in his pre-tournament press conference. "The rankings are there for a reason. They signify something important. I think that the very next step would be the No. 1 spot, which I hope I can get to one day.”