Naomi Osaka, who is ranked world No. 1 by the Women's Tennis Association, exited the main event after losing the first two sets 6-1 and 6-4 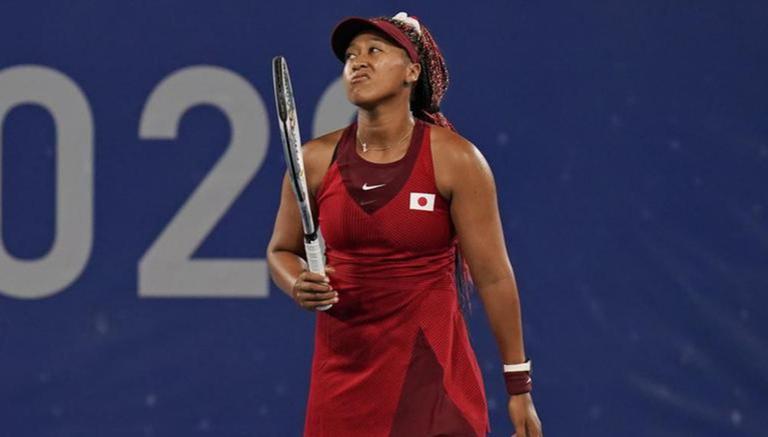 
Japanese tennis player Naomi Osaka was eliminated from the women's singles tournament at the Tokyo Olympics, prompting netizens to post heartfelt messages on social media to express their sorrow. Naomi was defeated in the third round of the Tokyo Olympics by Czech tennis player Marketa Vondrousova. The 23-year-old, who is ranked world No. 1 by the Women's Tennis Association, exited the main event after losing the first two sets 6-1 and 6-4. Naomi's dream of winning an Olympic gold medal at home came crashing down with her loss on Tuesday.

The Czech Republic player knocked out Naomi from the Tokyo Games on the centre court roof at Ariake Tennis Park. Naomi, who is the first Asian to crack the world No. 1 ranking in women's tennis, lost the first set after an error-filled start against Vondrousova, who did not allow the Japanese player to recover. Vondrousova won the first set 6-1. Naomi took an early lead in the second set, but she couldn't hold on for long and lost it 6-4, thus losing the eliminator.

However, netizens took to social media to console the Asian superstar following her defeat to Vondrousova. Users expressed sympathy while assuring the four-time Grand Slam winner that she will bounce back in the future. The loss has come on the back of a controversial past few months for Naomi, post her revelation during the French Open earlier this year that she is battling depression and anxiety. Naomi also missed the iconic Wimbledon tournament, but returned in time for the Olympics, only to lose to a world No. 42 ranked player.

i’m always proud of you, and i know that doesn’t help right now but i am. you were in your first olympics. you lit the cauldron to kick it off. that’s a major achievement and i’m so incredibly proud of you ❤️ @naomiosaka seriously pic.twitter.com/RC6dgqzoQP

I cannot express how much I love how all the girls are putting their mental health first. It’s SOOOOOO important.

You can’t compete your best if your mental isn’t the best. Sending all my love to Simone Biles and Naomi Osaka. You guys are incredible 🥺😍❤️.#Olympics

If you’re hating on Simone Biles or Naomi Osaka right now, you deserve paper cuts followed by lemon juice (and probably something worse).

I am continually inspired and humbled by the current generation of elite female athletes.

Thank you @Simone_Biles & @naomiosaka for advancing the conversation on mental health.