What Happened To Emma Raducanu? Why Did She Retire From Wimbledon Match Vs Tomljanovic?

What happened to Emma Raducanu? The British tennis star who retired from her fourth-round match bringing an end to her fairytale journey. 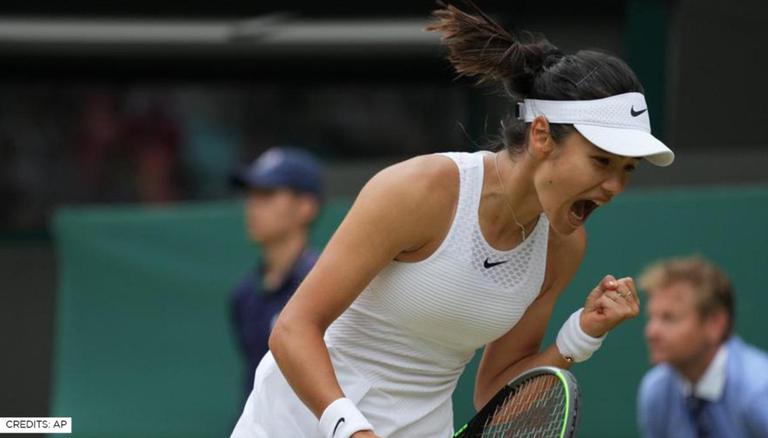 
The emerging star of British tennis Emma Raducanu saw her Wimbledon 2021 journey coming to an end after retiring from her fourth-round match due to health issues. This was Raducanu's maiden appearance at Wimbledon and she ended up beating two players who are ranked inside top 50. The youngster also made history by becoming the fourth British teenager to make the Round of 16 at Wimbledon in the Open Era and, at 18 years and 239 days old, the youngest.

Emma Raducanu suffered from breathing issues during her fourth-round match brought an end to her fairytale journey in the women's singles. After losing the first set 4-6 to Ajla Tomljanovic, Raducanu was trailing 0-3 in the second set when she called on a trainer.

"It's been the best week of my life!"

So great to hear from @emmaraducanu after a #Wimbledon debut to be proud of 💚💜 pic.twitter.com/RsEuxgaFzY

As per multiple reports, during the second set, she frequently bent over with her hand to her stomach, showing signs of discomfort. After being treated twice for her breathing issues she left the court for further treatment, and minutes later it was announced that Raducanu will not be able to take the court. Wimbledon later confirmed she had withdrawn from her match.

Having been forced to take retirement mid-match, Emma Raducanu gave an update on her health issue stating that she was feeling better and her run to the Wimbledon fourth round "caught up" with her. Speaking to BBC TV she said "I found it very difficult to regulate my breathing. It was emphasised my some long rallies we had towards the end of the first set which made it tough for me to keep my composure and breathing in check,"

She added "At the beginning of the second set was when I was struggling with it the most and i called the trainer. I don't know what caused it, I think it was a combination of everything that has gone on behind the scenes and the accumulation of the excitement and the buzz." Expressing her disappointment over not being able to carry on in the match Raducanu said that it was the hardest thing in the world to not have done it, but she will cherish everything achieved together this week.