What happened to Rafael Nadal? The World No. 3 has shocked the world with his announcement that he will not be taking part in any of the majors this summer. 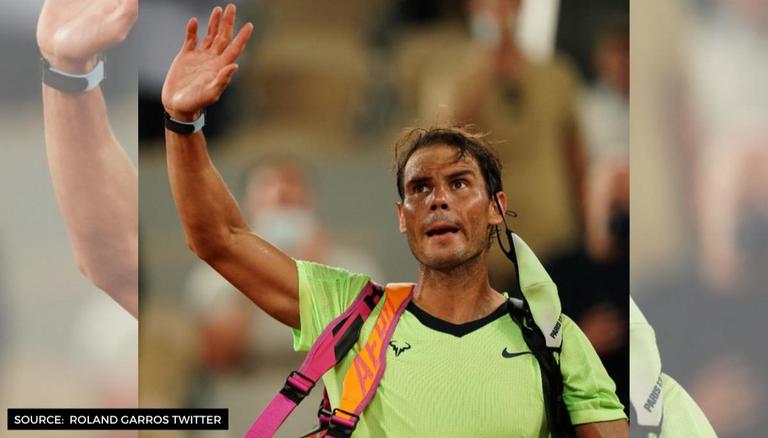 
World No. 3 Rafael Nadal has shocked the world with his announcement that he will not be taking part in any of the majors this summer. The Spaniard has pulled out of the Wimbledon Championships as well as the Tokyo Olympics, hinting that he may choose to either take a hiatus from the grass season or play smaller tournaments to keep himself fit. His extensive statement on Twitter has raised many questions about 'what happened to Rafael Nadal' and led to speculation on the lines of 'Is Rafael Nadal retiring?' Here's what we know so far.

Hi all, I have decided not to participate at this year’s Championships at Wimbledon and the Olympic Games in Tokyo. It’s never an easy decision to take but after listening to my body and discuss it with my team I understand that it is the right decision

While tennis legend and 20-time Grand Slam champion Rafael Nadal has decided to sit out the grass season this year, there is no indication that he is even close to retiring from the sport. The Spaniard has had a demanding clay-court season, having played four back to back tournaments on the surface to prepare for the French Open. His best runs this year have come at the Barcelona Open and the Rome Masters, both of which he won in three sets. However, these two tournaments were alternated by surprisingly early defeats at the Monte Carlo Masters and the Madrid Open, where Nadal only managed to get to the quarter-finals.

READ | Novak Djokovic vs Rafael Nadal: Who is the richer tennis star in net worth and prize money

While he hasn't been his usual dominating self, the 'King of Clay' is still many years from retirement, as evidenced by his two titles this year. While the memories of his unexpected French Open semifinal loss to Novak Djokovic will take some time to settle down, it is surely not enough of a reason to make him consider retirement. Like Federer, who turns 40 this year, Nadal's Twitter post is more of a sign that the 35-year old is starting to become pickier about where he plays and will take on just those events where he believes he has the better prospects and those that will be fun for him to compete in.

Nadal injury news: Why is Rafael Nadal not playing Wimbledon 2021?

Going by his statement, the answer to 'why is Rafael Nadal not playing Wimbledon 2021?' has to do with him not feeling 100%, physically and perhaps mentally capable. While he has not complained publically of any injuries or such through the clay season, Nadal did start his year with a spate of issues that forced him to pull out of the ATP Cup and shorted his run at the Australian Open. Besides this, many people have also expressed concerns about the biosafety protocols at the Tokyo 2021 Olympics and the fact that Wimbledon 2021 will be seeing nearly 100% capacity during its final matches.

READ | Rafael Nadal pulls out of Wimbledon & Tokyo Olympics; says 'goal is to prolong my career'

When will Nadal return?

As he has not officially announced any date or tournament for his return, it would be difficult to predict just how long Nadal will stay out of the loop. He could choose to play the ATP 250 Mallorca Open, taking place right in his backyard this June if he wishes, but is likely to skip that and continue his rehabilitation. The most likely answer to the question 'when will Nadal return?' is that the 20-time Grand Slam champion will come back on tour at the US Open and the Masters' events preceding it.

READ | Rafael Nadal takes a dig at himself for Roland Garros loss while giving speech: WATCH