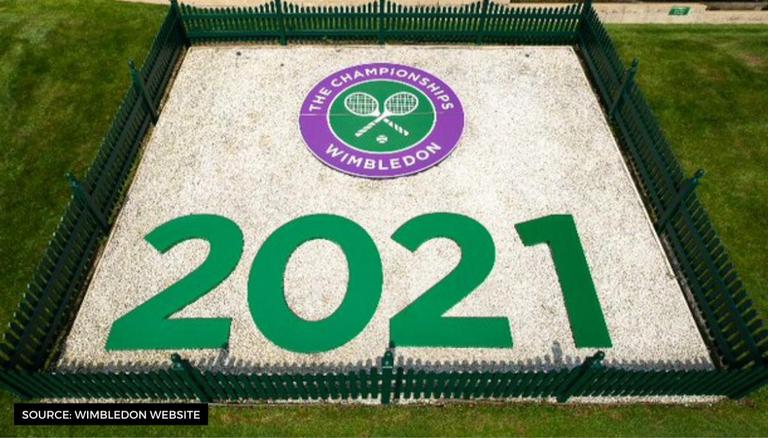 
After the end of an exhilarating clay season that saw Novak Djokovic become the first man in the Open Era to complete the Double Career Slam, tennis fans can now look forward to the legendary Wimbledon Championships. Having been forced to shut down the tournament as the UK was grappling with one of the worst outbreaks of the COVID-19 virus - incidentally, the first time the tournament has been cancelled since it was called off during the Second World War - the All England Lawn Tennis and Croquet Club will once again host the Championships this year. Here are the Wimbledon 2021 date and ticket details.

The return of The Championships. Time to get into the Wimbledon spirit - whatever that means to you...

Will there be fans at Wimbledon 2021?

Answering the question of 'will there be fans at Wimbledon 2021', the AELTC has announced that both the Men's and Women's Wimbledon singles finals will have crowds in full attendance at the prestigious Centre Court. This will make the Slam the very first outdoor sporting event in the United Kingdom to be allowed crowds at full capacity since the start of the pandemic last year. This, despite the fact that British Prime Minister Boris Johnson announced a delay in easing the country's lockdown restrictions to July 19, putting already struggling businesses at further risk.

While not many in the public are overjoyed about this allowance, considering that most of them are still reeling from the effects of the regulations, tennis fans do seem excited at the prospect of seeing their favourite players in action once again. As per the official statement by the All England Club, "We are pleased to have worked closely with the government, public health bodies, and our local authority in Merton, to confirm that the Championships 2021 will begin on Monday 28 June with 50 per cent capacity across the Grounds, building to full capacity crowds of 15,000 on Centre Court for the Finals weekend".

According to a statement on the Wimbledon website, the tickets for The Championships 2021 will be made available via an online sale, in mid-June. There will be no Queue in operation this year, and the 2021 Qualifying Competition will be closed to the public.

After being the only Grand Slam to be cancelled due to the COVID-19 crisis last year, Wimbledon, the third Grand Slam of the year, will now begin on June 28, 2021. It will take place at its longtime location, the iconic All England Lawn Tennis and Croquet Club in London. The event is likely to feature all the Men's top seeds, including Novak Djokovic, Roger Federer and Rafael Nadal All the Women's top seeds, perhaps apart from Naomi Osaka - who has pulled out from a pre-Wimbledon event - are also set to make it to the tournament. The Wimbledon singles finals should take place on June 10 and 11.