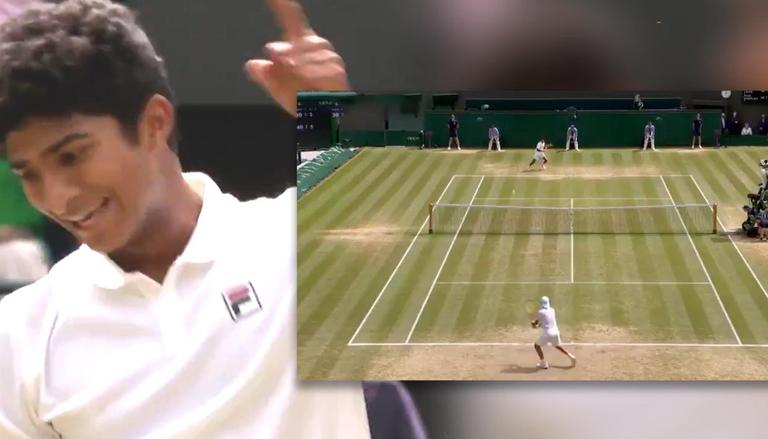 
Samir Banerjee, an American player of Indian origin, won the junior boys Wimbledon final at Number 1 Court by defeating Victor Lilov. Banerjee won the match by 7-5, 6-3 to lift the trophy at All England Club.

In the first set, Banerjee brought his best out and won the set by 7-5. In the second set, Banerjee triumphed over Lilov in just one hour and 21 minutes.

Notably, Banerjee is the first American junior champion at this big event since Reilly Opelka in 2015.

The teenager had a dashing start to his career on the ITF tour as he won five titles. Of the 17 tournaments he played, Banerjee reached finals 10 times.

Samir Banerjee entered the finals by defeating France's Sascha Gueymard Wayenburg by 7-6(3), 4-6, 6-2. While his opponent, Lilov won the semifinal against China's Juncheng Shang by 6-3, 6-1.

Currently, the Wimbledon Men's Singles 2021 final is being played between World No.1 Novak Djokovic and Italy’s Matteo Berrettini.

Interestingly, this is Djokovic's 30th Grand Slam Final. If he wins, Djokovic will equal the record of 20 Grand Slam with Swiss Tennis Maestro Roger Federer and Spanish Legend Rafael Nadal.

On Saturday, Australia's Barty won the women's Wimbledon singles after defeating Karolina Pliskova by 6-3 6-7 6-3. With the win, She became the first Australian woman to win the big event since Evonne Goolagong Cawley in 1980.